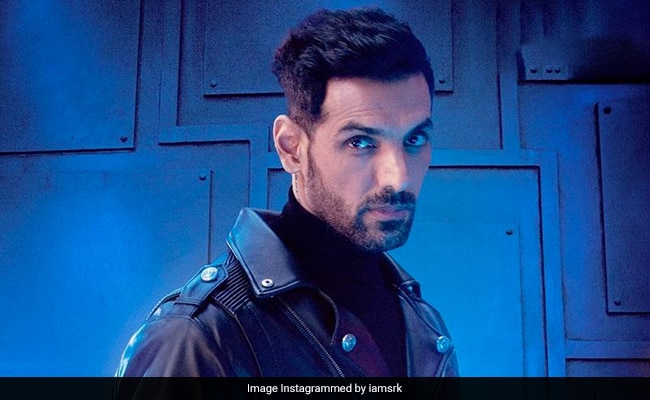 New Delhi: John Abraham, who plays the antagonist in Siddharth Anand’s much-awaited Pathaan, starring Shah Rukh Khan and Deepika Padukone, has been trending big time this week after reports that he’s upset about the final cut of the film. There have also been reports of a troubled dynamic with SRK – on Thursday, a video of the actor from a press conference went viral, in which he can be seen dodging a question on Shah Rukh Khan’s physique in the film. After the video went viral, the actor shared a cryptic post in which he highlighted what the film means to him and he also wrote that he has “so much to say about Pathaan” but he will wait for the film to do all the talking. John Abraham wrote: “In my years in cinema, this moment, right here… right now, is a special one. It’s amazing that you have showered so much love on the trailer of Pathaan. A lot of hard work has been put into making this one. It’s a biggie.”

John Abraham, who has previously worked with Pathaan producer Aditya Chopra in Dhoom, added in his statement: “Adi has always given me some of my best roles and I can’t wait for you to see what Siddharth Anand has done with me and the film! I want to say so much about Pathaan but let’s all wait for Jan 25th! Get set for an awesome big screen entertainer! Thank you once again for the overwhelming response to our trailer.”

In Pathaan, John Abraham plays the leader of a private terror group, whose only mission is to destroy India. Shah Rukh Khan and Deepika Padukone feature as agents who work together to save India from John Abraham’s malicious mission.

Pathaan will release in Hindi, Tamil and Telugu on January 25, 2023. The film has been directed by Siddharth Anand and it has been produced by Yash Raj Films.