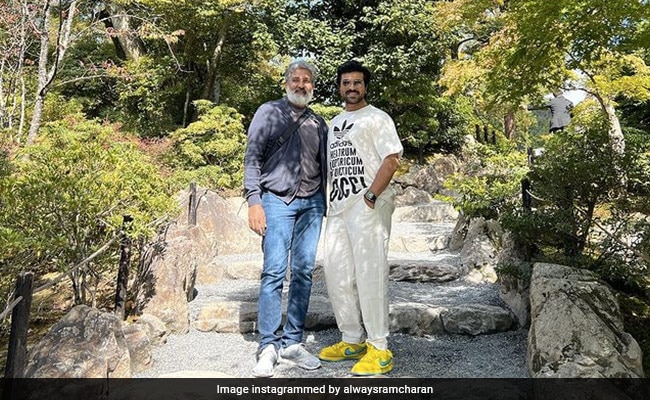 New Delhi: RRRstar Ram Charan is beaming with joy as his film recently won awards at the Critics Choice Awards and the Los Angeles Film Critics Awards. On Twitter, he congratulated the director SS Rajamouli and music composer MM Keeravaani. He tweeted, “Congratulations @ssrajamouli Garu on winning Best Foreign Language Film at #CriticsChoiceAwards & @mmkeeravaani Garu on winning Best Song for Naatu Naatu at #CriticsChoiceAwards and Best Music Score at @LAFilmCritics. Wishing you many more accolades and success to both of you.” At the Critics Choice Awards, RRR won awards in two categories – Best Foreign Language Film and Best Song. And at the Los Angeles Film Critics Awards, RRR won Best Music Score.

Coming back to Ram Charan, on the personal front, he and his wife Upasana are expecting their first child. Last month, the Konidela family shared the big news on social media. “With the blessings of Shri Hanuman Ji we are delighted to share that Upasana and Ram Charan are expecting their first child with love and gratitude – Surekha and Chiranjeevi Konidela; Shobana and Anil Kamineni,” read the statement from the family.

On the work front, Ram Charan will be next seen in an untitled film with Kiara Advani. He also has a cameo in Salman Khan’s Kisi Ka Bhai Kisi Ki Jaan.

Another Big Win For SS Rajamouli’s RRR. This Time At Critics Choice Awards