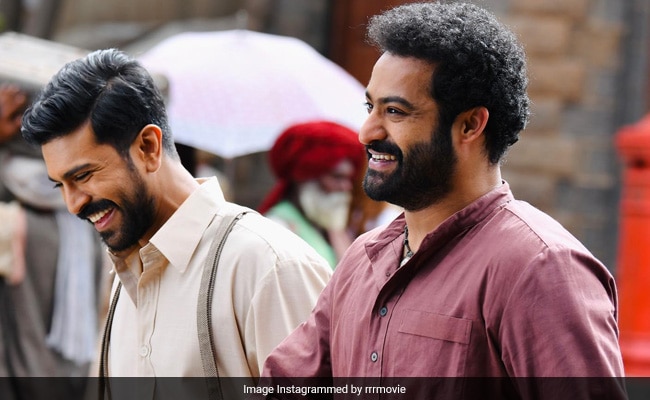 New Delhi: RRR roars again. The SS Rajamouli-directed magnum opus features on the freshly released longlist of the British Academy of Film and Television Arts (BAFTA) in the Best Film (Non English) category. Shaunak Sen’s All That Breathes has also made it to the BAFTA longlist in the Best Documentary category. Celebrating the big news on Instagram, the RRR makers wrote: “Very happy to share that RRR is in the LONGLIST of BAFTA Film Awards. Thank you everyone.” FYI, this is the initial longlisting round. All film voting members of BAFTA vote to determine the longlist, nominations and overall winner. The nominations will be announced on January 19 and the awards will take place on 19 February.

This is what RRR makers posted:

Meanwhile, the other films longlisted in the Best Film (Non English) category include All Quiet on the Western Front, Argentina, 1985, Bardo, False Chronicle of a Handful of Truths, Close, Corsage, Decision To Leave, EO, Holy Spider and The Quiet Girl..

Meanwhile, SS Rajamouli and RRR stars Ram Charan and Jr NTR will also attend the Golden Globe awards which will be held in Los Angeles on January 11. RRR has been nominated in 2 categories – for Best Foreign Film, and the film’s track Naatu Naatu has been nominated for Best Original Song.

Nattu Nattu from SS Rajamouli’s RRR has also made it to the Oscars shortlist of the Best Original Song Category. The nominations for the 95th Academy Awards will be announced on January 24. RRR, released across the globe in Hindi, Tamil, Telugu and Malayalam, has submitted itself for consideration in various Oscar categories.

RRR, set in the 1920’s, is a fictitious story based on two legendary freedom fighters – Alluri Seetharamaraju and Komaram Bheem. It boasts of an impressive cast which included Ram Charan and Jr NTR in lead roles. It also starred Alia Bhatt, Ajay Devgn, Olivia Morris, Samuthirakani, Alison Doody, Ray Stevenson. The film opened to largely positive reviews from film critics and an overwhelming response from the audience, both in India and across the globe.