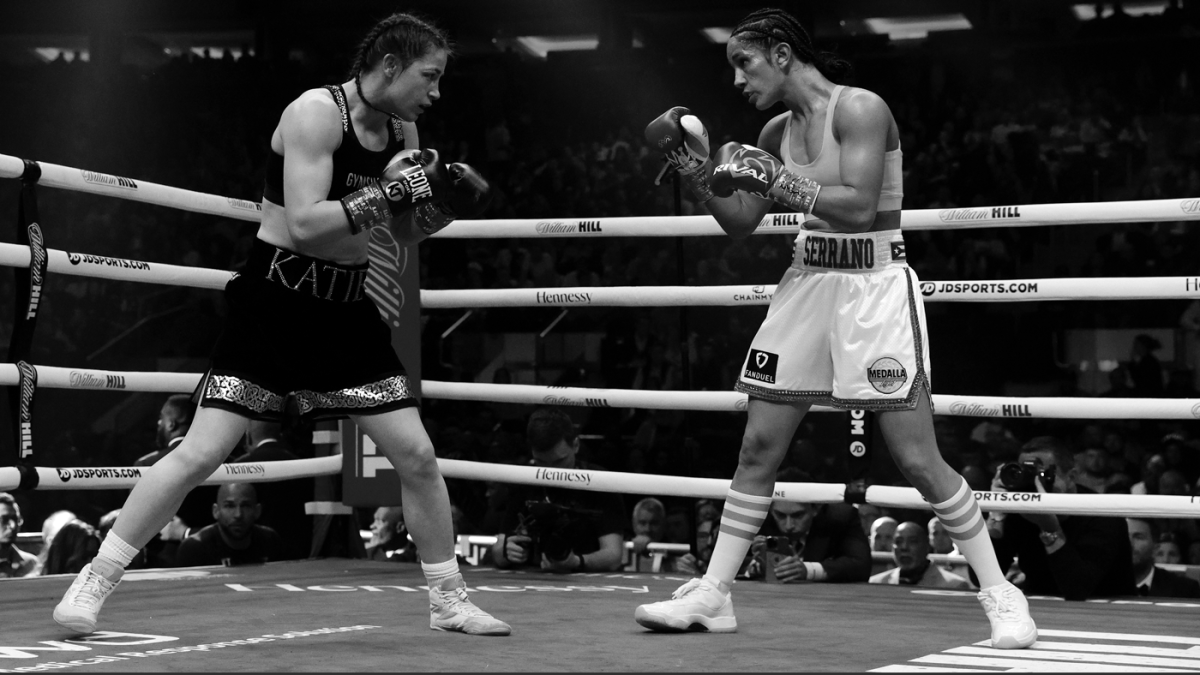 There is a strong argument to be made that no sporting event can match the excitement of a great boxing match. Like every year, 2022 saw plenty of truly great fights across the sport.

From the biggest women’s boxing fight in history to an action-filled rematch, there were plenty of fights up for debate when the CBS Sports combat experts sat down to vote on the best fight of 2022.

Let’s take a look at which fights topped our list.

Can’t get enough boxing and MMA? Get the latest in the world of combat sports from two of the best in the business. Subscribe to Morning Kombat with Luke Thomas and Brian Campbell for the best analysis and in-depth news, including the end of year awards for each sport below.

Women’s boxing has not taken the giant leaps forward in public consciousness as mixed martial arts. In part, that was because there weren’t enough compelling bouts between elite fighters. That changed in 2022 with Taylor vs. Serrano and Claressa Shields vs. Savannah Marshall. Taylor vs. Serrano was presented as the biggest fight in the history of women’s boxing and placed in the iconic Madison Square Garden, giving the bout a lot to live up to.

Taylor and Serrano delivered the goods in a big way, putting on a thrilling bout in front of as loud of a crowd as you’re likely to hear at an American boxing event. The action was so thrilling and the crowd so loud that the referee at one point could not hear the bell for the end of a round.

In the end, Taylor edged out a split decision victory to retain her undisputed lightweight title. The narrow scorecards led to plenty of chatter for a rematch and fans would be lucky to see these two women throw down again in the future.

Jermell Charlo vs. Brian Castano 2, May 14

After a fantastic first bout in July 2021 that ended in a draw, it seemed unlikely that Charlo and Castano could produce the same level of action in the rematch. Of course, given its position on this list, the fight lived up to the legacy of the first clash before Charlo knocked Castano out in the 10th round to become undisputed junior middleweight champion.

Charlo was able to out-technique Castano in the rematch, using footwork and a jab to neutralize Castano’s constant forward pressure. Still, Castano was able to get some good work in with his right hand and left hooks. Throughout the fight, Charlo was trying to dial in a fight-ending left hook, which he finally landed in Round 10 to finish Castano and claim supremacy in a terrific rivalry.

Many believed that Lubin would be the man to end Fundora’s undefeated run and possibly even expose the 6-foot-5 Fundora as a pretender. Instead, Fundora proved his skills and toughness in a wild fight that saw both men hit the canvas.

Fundora scored a knockdown late in the second round only for Lubin to storm back and eventually score his own knockdown in Round 7. Fundora’s constant offensive output eventually took its toll as Lubin’s face was so badly swollen that his corner was forced to stop the fight after the conclusion of Round 9, and with Lubin up slightly on the official scorecards.