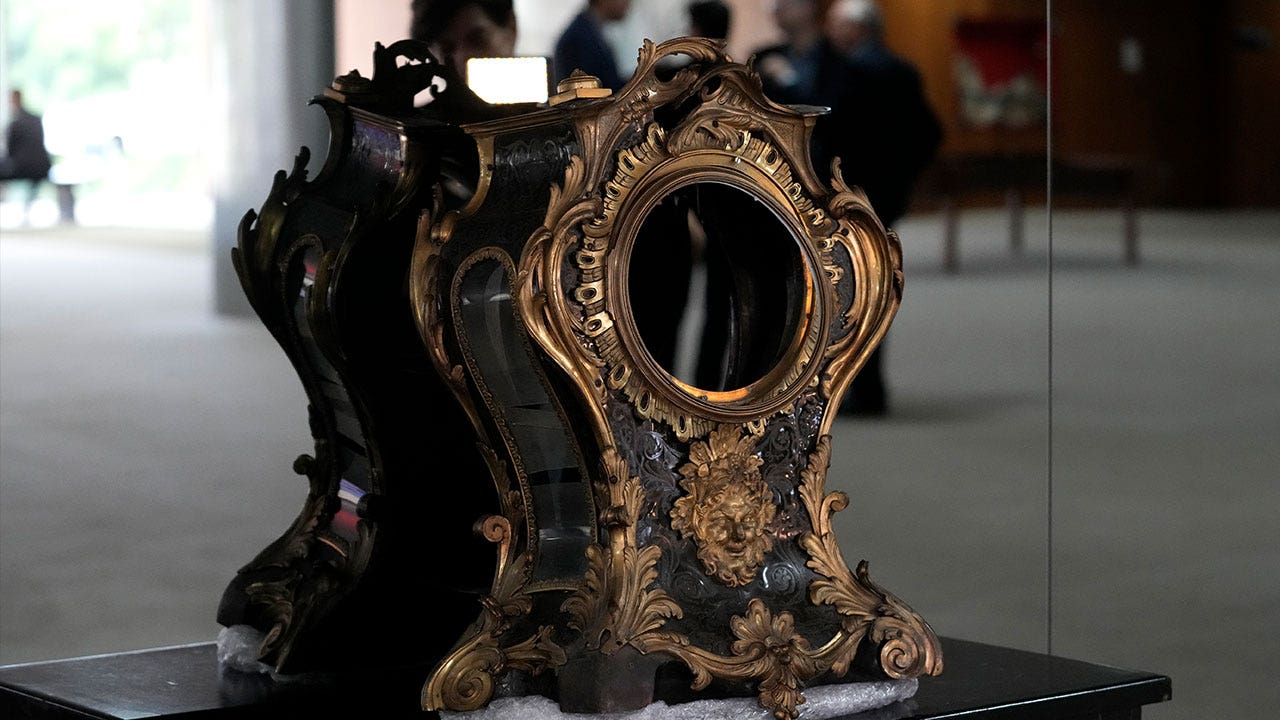 The horde of rioters who invaded government buildings on Jan. 8 in an attack on Brazil’s democracy left behind a trail of destruction whose full scope is only now coming into full view.

Following a painstaking survey of the ruins, the national artistic heritage institute on Thursday night released a 50-page report, the bulk of which is a photographic catalog of the damages. They go far beyond the shattered glass on the exteriors of the presidential palace, Congress and Supreme Court, all architectural icons.

Modernist furniture was burned, portraits defaced, sculptures decapitated and ceramics smashed. Carpets were found soaked with water from the buildings’ sprinkler systems, as well as with urine.

The rioters — die-hard supporters of former President Jair Bolsonaro who refuse to accept his election defeat — marred the iconic marble ramp leading up the presidential palace with scratches, some stretching two feet in length, according to the report. Into a historic wooden table at the Supreme Court they carved “Supreme are the people” — a phrase popular among backers of Bolsonaro, who often strained against the checks of the top court.

Among the artworks destroyed was a 17th-century clock made by Balthazar Martinot and that the French royal court gifted to the Portuguese King. The only other Martinot clock in existence is in France’s Palace of Versailles, though is half the size, Brazil’s presidency said in a statement. A 60-year-old bronze sculpture of a flautist by Bruno Giorgi was also thrashed (should this be trashed?), and its pieces found spread across a room on the presidential palace’s third floor.

A damaged 17th-century clock, gifted to Portuguese royalty by Louis XIV, stands on display at the presidential office on Jan. 11, 2023, after protestors stormed the building in Brasilia, Brazil.
(AP Photo/Eraldo Peres)

Vandals pitched rocks through the canvas of a mural by Emiliano Di Calvalcanti. The presidential palace said in its statement that the painting, “As Mulatas”, is valued at some $1.5 million, though works of that size tend to fetch quintuple that amount at auction.

“The damage was not random, it was obviously deliberate,” Rogerio Carvalho, the presidential palace’s curator, said in an interview while sitting before the disfigured painting. The work “was perforated in seven places using rocks taken from the square with a pickaxe. Which is to say, there is a movement of intolerance toward what this palace represents.”

The total cost of the destruction hasn’t yet been established. Senate president Rodrigo Pacheco placed the damage in his congressional chamber alone in the millions.

This collection “is an artistic treasure of the Brazilian people, which belongs to the nation and whose integrity needs to be respected,” Brazil’s culture minister, Margareth Menezes, told reporters on Tuesday. “The idea is to create a memorial about this violence we suffered, so that it never happens again.”