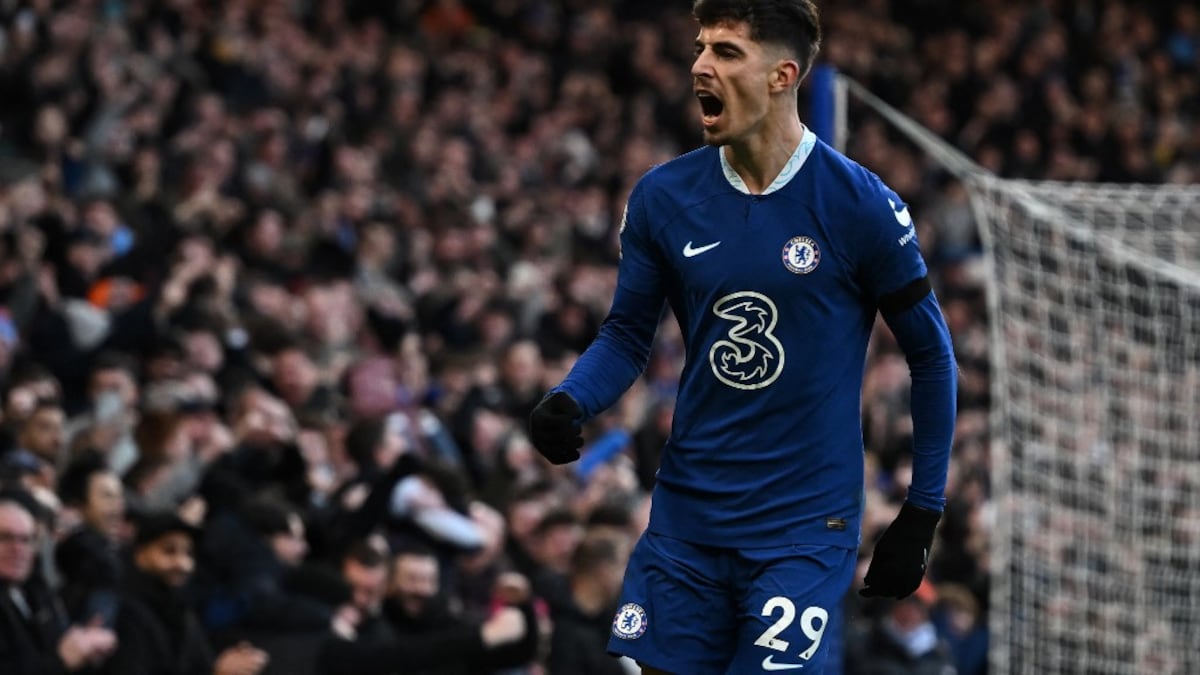 Chelsea eased the pressure on manager Graham Potter with a 1-0 win over Crystal Palace as Newcastle struck late to beat Fulham 1-0 and move up to third in the Premier League on Sunday. Kai Havertz scored the only goal at Stamford Bridge with a towering second half header on the day Chelsea paid tribute to former player and manager Gianluca Vialli. The Italian great died earlier this month aged 58 from pancreatic cancer.

A number of Vialli’s former Chelsea teammates joined the players from both sides on the field for a minute’s silence, while the home fans unfurled a banner with a picture of Vialli against the backdrop of the Italian flag.

The action on the field was also overshadowed by the official announcement during the first half that Chelsea had completed the signing of Mykhailo Mudryk for a fee that could rise to 100 million euros (88 million pounds, $108 million).

The former Shakhtar Donetsk winger was presented at half-time draped in the Ukrainian flag with the move set to take Chelsea’s spending in their first season under the ownership of Todd Boehly’s consortium beyond 400 million pounds.

There was not been much to show for that investment so far, but Potter’s injury-ravaged squad did enough to grind out just a second win in 10 league games.

Havertz made the breakthrough as he rose highest to power home Hakim Ziyech‘s cross from a well-worked corner on 64 minutes.

Chelsea still needed some heroics from goalkeeper Kepa Arrizabalaga to see the game out as the Spaniard made a flying save from Cheick Doucoure’s sweetly-struck volley.

Despite a much-needed win, Chelsea remain 10 points adrift of the top four after Newcastle kept their title dreams alive at St. James’ Park.

The Magpies were given a huge let off when Aleksandar Mitrovic saw a second half penalty ruled out against his former club.

The Serbian slipped as he took the spot kick and his right-footed effort rebounded off his left foot into the net.

Newcastle took full advantage as club record signing Alexander Isak came off the bench to head in the winner a minute from time.

Victory takes Eddie Howe’s men back above Manchester United into third in the table on goal difference and within six points of leaders Arsenal.

The Gunners could move eight points clear at the top should they win the north London derby away to Tottenham later on Sunday.