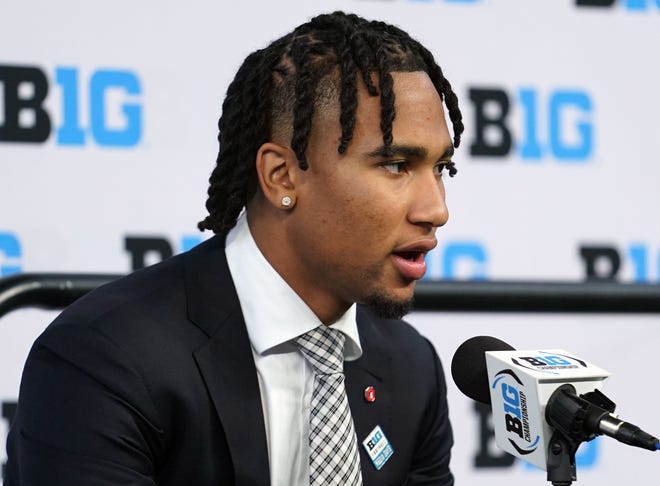 Ahead of Ohio State football’s season-opening game against Notre Dame, quarterback C.J. Stroud wants to make sure his teammates are looking good walking into Ohio Stadium.

In a post-practice speech, the Ohio State redshirt sophomore quarterback told the team that he was giving each of them $500 gift cards to Express to buy suits ahead of the team’s meeting with the Fighting Irish.

“I just wanted to do something for the team,” Stroud said. “So I got everybody $500 gift cards to go to Express, get y’all own suits, man, make sure you’re looking fly.

“Make sure ya’ll really get some suits, man. Look fly, man. Make sure we all look like a team.”

Ohio State coach Ryan Day said he’s been impressed with Stroud’s approach and maturity, something he feels this gesture represented.

“That’s just an example of something that he wanted to do,” Day said in Thursday’s Zoom press conference. “Nobody asked him to do that. He kind of surprised me with it. But I think that’s the brotherhood, and that’s what it’s all about. You don’t typically come to Ohio State because of the guys on the team.

“A lot of times you don’t really even know who the guys on the team are. … But once you are here, the reason you play so hard, what motivates you are your teammates. And I think that just goes to show you, in a short period of time, how close this team has become, and C.J. has really become a leader.”

Sign up for our sports newsletter:All the sports news you need to know delivered right to you!

Stroud is a brand ambassador for Express along with wide receiver Jaxon Smith-Njigba.