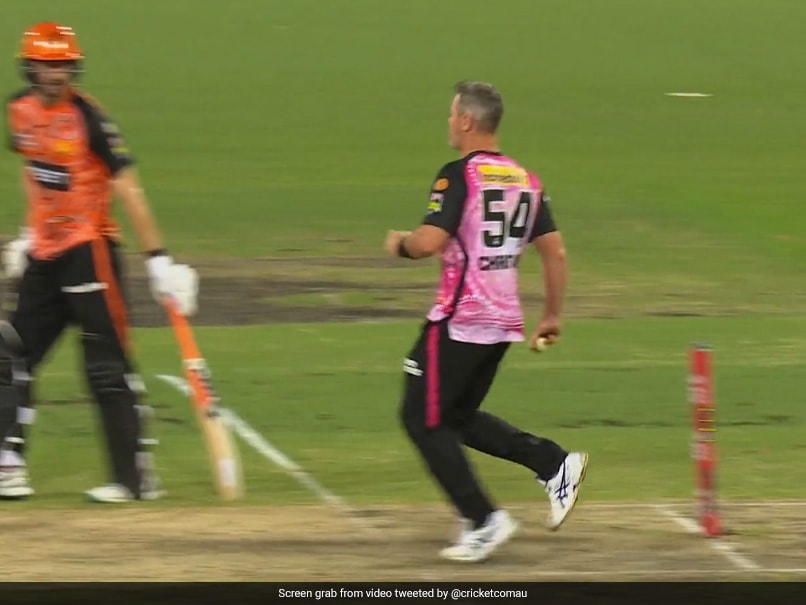 Sydney Sixers defeated Perth Scorchers by 6 runs in their previous match in the ongoing edition of the Big Bash League on Sunday. Chasing 152, the Scorchers were restricted to 145/7 despite an unbeaten knock of 66 runs by Stephen Eskinazi. For Sixers, Sean Abbott took three wickets while Hayden Kerr and Daniel Christian scalped two wickets each. Wicketkeeper Josh Philippe top-scored for the Sixers and guided them to a total of 151/5 in 20 overs. However, an interesting incident was captured during the game which grabbed eyeballs.

During the 19th over of Scorchers’ chase, Christian got ready to deliver a ball to Andrew Tye but came back after he noticed that Eskinazi, who was standing at the non-striker’s end, was out of the crease before the ball was bowled.

Christian did not run out Eskinazi but said, “It was a warning mate.”

Rather than go right for the stumps, Dan Christian offered a warning last night! #BBL12 pic.twitter.com/tCXsfmw8qo

The decision was reviewed and the third umpire did not consider it a run out as Zampa’s arm had “gone past the vertical”, which according to ICC rule is not considered legal for such a dismissal.

Sydney Sixers will now be going up against Adelaide Strikers in their next match on Tuesday while Perth Scorchers will be facing Hobart Hurricanes on Wednesday.