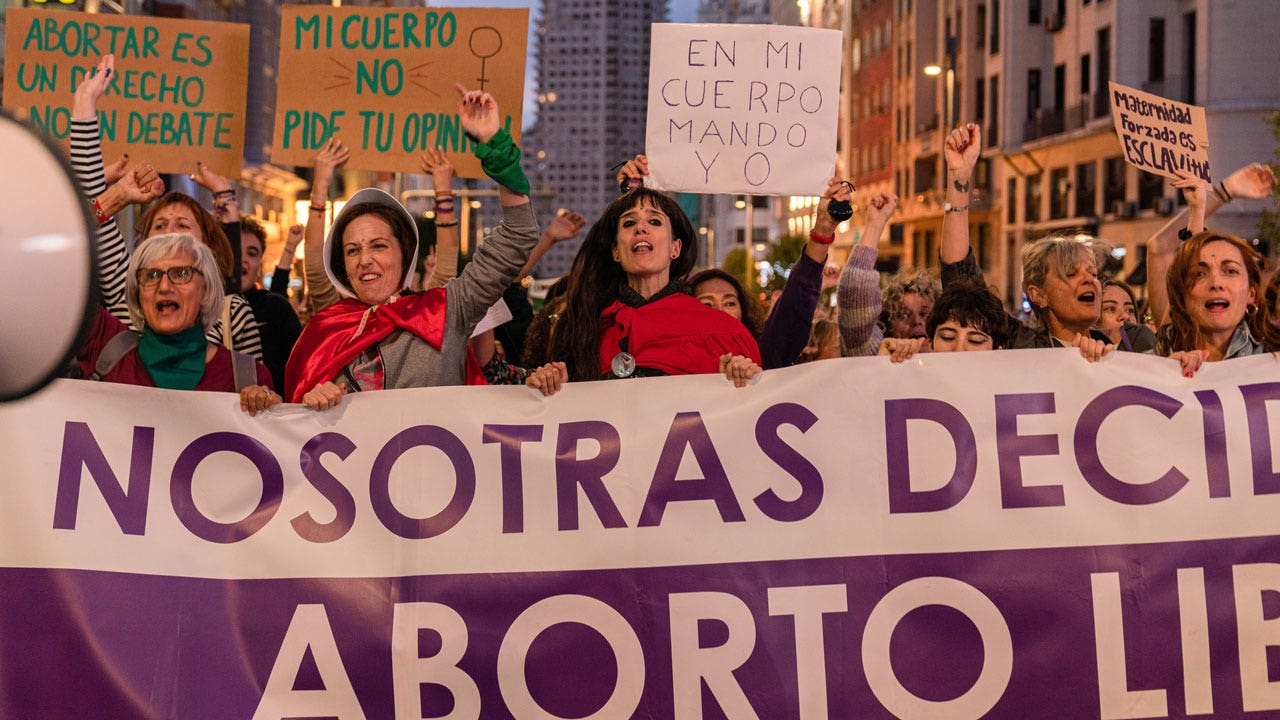 A regional government’s move to restrict abortion rights in a large part of central Spain reignited debate Friday on the issue in the southern European country, in the runup to this year’s local elections.

Under the new measures adopted by the conservative and far-right coalition governing the Castile and León region, women seeking an abortion there must be offered optional access to unsolicited resources by doctors before starting the procedure.

These include listening to the fetus’s heartbeat, having a 4D ultrasound scan, and getting psychological advice, in a bid to reduce the number of abortions.

Patients are free to turn down any of these suggestions.

The new measures were presented Thursday by the regional government’s far-right vice president, Juan Garcia-Gallardo, whose Vox party is the junior coalition partner of Spain’s mainstream conservative Popular Party in Castile and Leon. Spain’s regional governments have jurisdiction over public health policy at a regional level. The country faces regional elections in June.

“We are going to offer every parent who wants to see it a real-time video to see the head, the hands, the feet, the fingers. In short, all the parts of the body of the child that is being gestated,” Garcia-Gallardo said.

The announcement drew strong criticism across Spain, from the left-wing central government and even from the conservative head of the Madrid region.

Garcia-Gallardo insisted Friday that the measures would immediately enter into force in Castile and León, home to around 2,5 million of Spain’s 47 million inhabitants.

Women chant slogans while holding placards and a banner during the demonstration. On Sep. 28, demonstrators gathered for the Global day of action for the right to free, safe, and free abortion demonstration in Madrid city center.
(Photo by Guillermo Gutierrez Carrascal/SOPA Images/LightRocket via Getty Images)

But Spanish Health Minister Carolina Darias said that no compromises would be allowed in the field of abortion rights.

Most of the many women ministers in the central government rushed to condemn what they described as an attack on women’s rights — a main political banner for Spain’s left-wing governing coalition.

Isabel Díaz Ayuso, a leading conservative figure and head of the Madrid region, unexpectedly announced Friday a new helpline for pregnant women. “Women should be able to freely choose the information they wish to get,” she said.

In Spain, abortion is allowed up until the 14th week of pregnancy, and the country has recently made several moves to strengthen abortion rights nationwide.

Last year, the left-wing controlled parliament passed a law to ban the intimidation of women entering abortion clinics, where anti-abortion groups often used to demonstrate in a bid to make patients change their minds. The country also dumped the requirement for 16- and 17-year-olds to obtain parental consent before terminating a pregnancy.

While Catholicism is not Spain’s official faith, it retains a strong influence over parts of the population. Strongly Catholic for centuries, the country was governed from 1935-75 by the self-described national-Catholic regime of military dictator Gen. Francisco Franco.