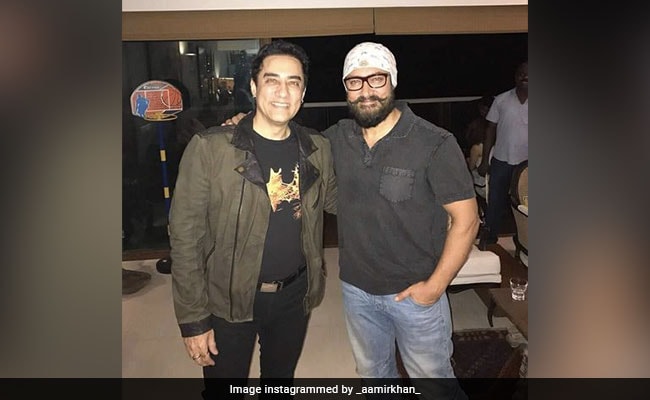 A throwback of Faisal and Aamir Khan. (courtesy: _aamirkhan_)

New Delhi: Aamir Khan’s brother Faisal, who has been away from limelight for quite a while, made it to the headlines recently, courtesy an interview with ETimes, in which he claimed that he was “caged once” in brother Aamir Khan’s house. Speaking of why he would not like to be a part of the TV reality show Bigg Boss, Faisal told ETimes: “In Bigg Boss, everyone is pitted against each other, they fight, argue and then you’re also given tasks. They play with you mentally. I didn’t want to get trapped in that zone. They give you some money but by Allah’s grace I don’t need much money. So, I thought why should I get caged? Who likes being caged? Everyone likes a free life. That’s fun, you know.” Faisal Khan, who has reportedly struggled with mental health issues, added in the interview:”Qaid hone mein mazaa nahin hai (there’s no fun in being caged). I have been caged once in Aamir’s house. I don’t intend to get caged again. I want to live free and flow like water.”

Faisal Khan mentioned during the interview that he currently stays in the family home at Bella Vista. When asked if he and Aamir Khan are on talking terms, the actor said, “Of course, I am on talking terms with him. We meet and greet each other on occasions but the thing is that he’s so busy in his life and I am struggling in my busy life.”

Faisal also talked about Aamir Khan’s Laal Singh Chaddha and said that the superstar “should have selected a better script.” Faisal told ETimes: “I watched it. Not immediately but I did watch it. I felt that the film was good in parts. I felt that Aamir should have selected a better script, especially because he was coming with a film after 4 years. I liked the film in parts, but not completely. With Aamir and other good actors you expect them to do too good work. They should blow your mind but that didn’t happen with Laal Singh Chaddha, unfortunately. It was not a wow film.”

Faisal Khan began his career as a child artiste in 1969 film Pyar Ka Mausam, where he played the younger version of Shashi Kapoor. Later, he did a small role Qayamat Se Qayamat Tak, which starred Aamir Khan in the lead role. He also appeared in Aamir’s Jo Jeeta Wohi Sikandar but his role was not credited. Both films were produced by his uncle Nassir Hussain and directed by his cousin Mansoor Khan. In 2017, Faisal featured in headlines after it was announced he’s returning to films with Mental but the film never got released.