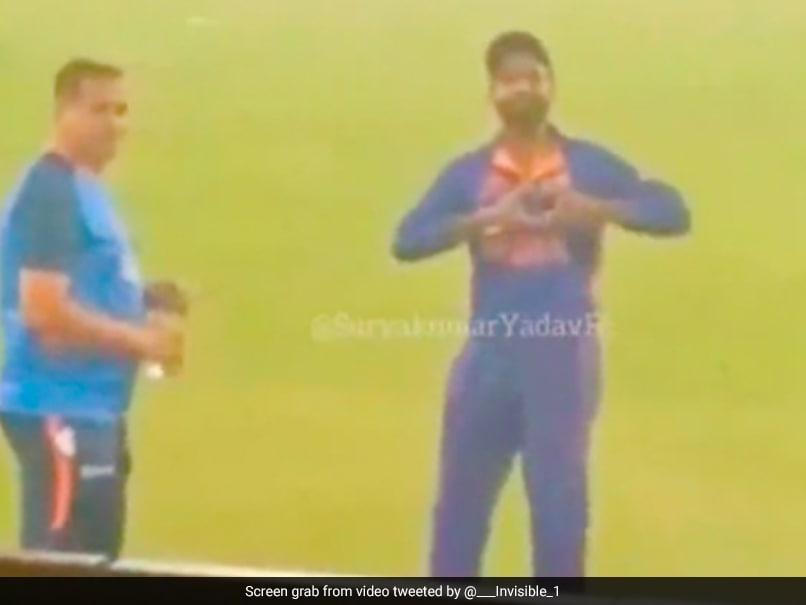 One of the most promising batters in limited-overs cricket, Sanju Samson hasn’t consistently been able to break into the Indian team, even in a single format. He was a part of the Indian team for the Sri Lanka series but an injury ruled him out. With the third ODI taking place in Samson’s home, Kerala, fans interacted with Suryakumar Yadav, asking where their ‘Sanju’ was. The response from the superstar batter surely won the fans’ hearts.

Suryakumar was near the boundary rope when fans got the opportunity to interact with him. A fan was heard asking: “Hamara Sanju kidhar hai (where is our Sanju)?”. To the question, Surya pointed towards his heart, leaving the fans in awe. The video has since gone viral on social media.

While Samson couldn’t be a part of the entire series, Suryakumar got the nod for the third ODI after impressing in the T20I series against the Lankans. However, the attacking batter could only score 4 runs from 4 balls as the Indian team put a total of 390/5 on the board.

As for the match, Virat Kohl smashed an unbeaten 166 to lead India to the biggest-ever ODI win by 317 runs against Sri Lanka on Sunday, his 46th ODI ton and 74th in all formats.

The former captain ended last year with an ODI century against Bangladesh and began 2023 with another 113 in the Sri Lanka opener to announce his return as a run machine in style.