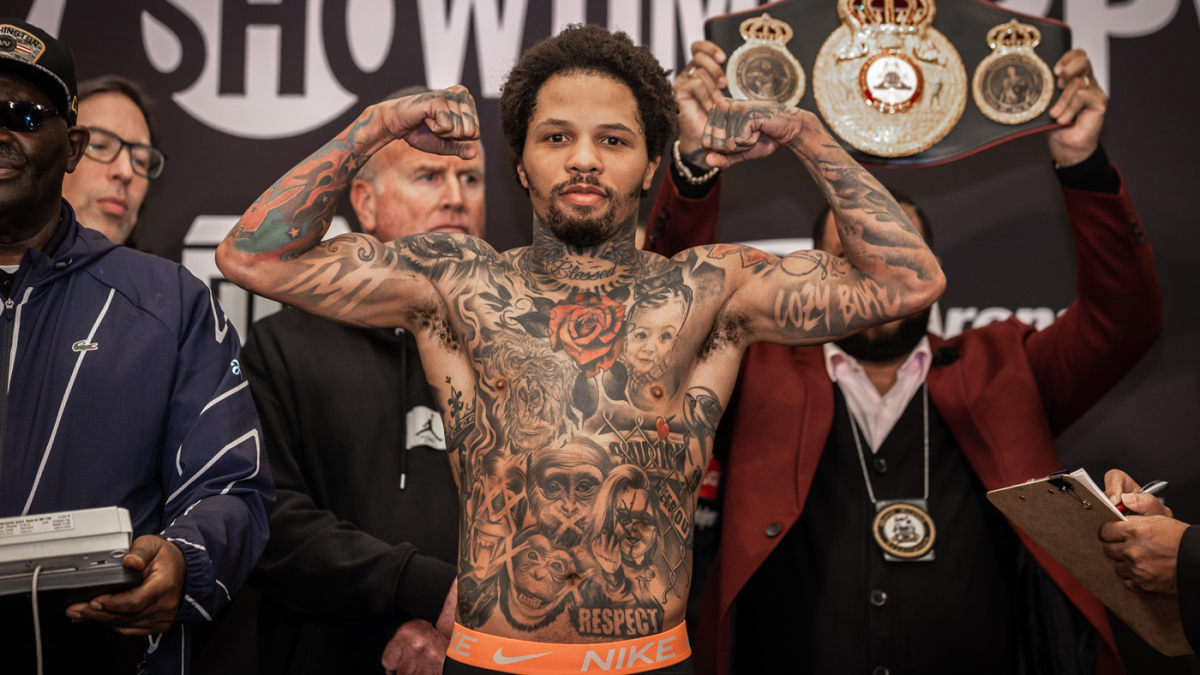 Over the past handful of years, Gervonta “Tank” Davis has become one of boxing’s biggest attractions and most exciting fighters. On Saturday night, Davis returns to the ring to face Hector Luis Garcia with a huge April bout against Ryan Garcia waiting for him with a win.

Garcia, a champion at super featherweight, is moving up to lightweight to challenge Davis for his secondary WBA title. Davis has been in a string of exciting fights, battling solid opposition while also putting his power on display. To date, he has knocked out his opponent in 25 of his 27 career bouts.

Can’t get enough boxing and MMA? Get the latest in the world of combat sports from two of the best in the business. Subscribe to Morning Kombat with Luke Thomas and Brian Campbell for the best analysis and in-depth news, including a complete preview of Davis vs. Garcia on Showtime PPV in D.C. below.

The undercard also features the return of arguably the best top contender in the world when Jaron “Boots” Ennis takes on Karen Chukhadzhian in a welterweight bout. Ennis, 25, is outstanding with a 29-0 record that includes 27 knockouts. He’s never been beyond the sixth round as a pro and has aspirations of facing Errol Spence Jr. for the unified crown.

Elsewhere on the card, Rashidi Ellis is back in a welterweight showdown with Roiman Villa. Ellis is undefeated at 24-0 with 15 knockouts on his resume. Villa, meanwhile, is 25-1 with 24 knockouts. Plus, former middleweight champion Demetrius Andrade is set for his PBC debut in a new weight class when he takes on Demond Nicholson in a super middleweight bout.

The action gets underway at 9 p.m. ET on Showtime pay-per-view. The full fight card with odds from Caesars Sportsbook and complete viewing information is listed below. CBS Sports will also have live coverage of the fight with round-by-round scoring and blow-by-blow updates to keep you up to date throughout the night.