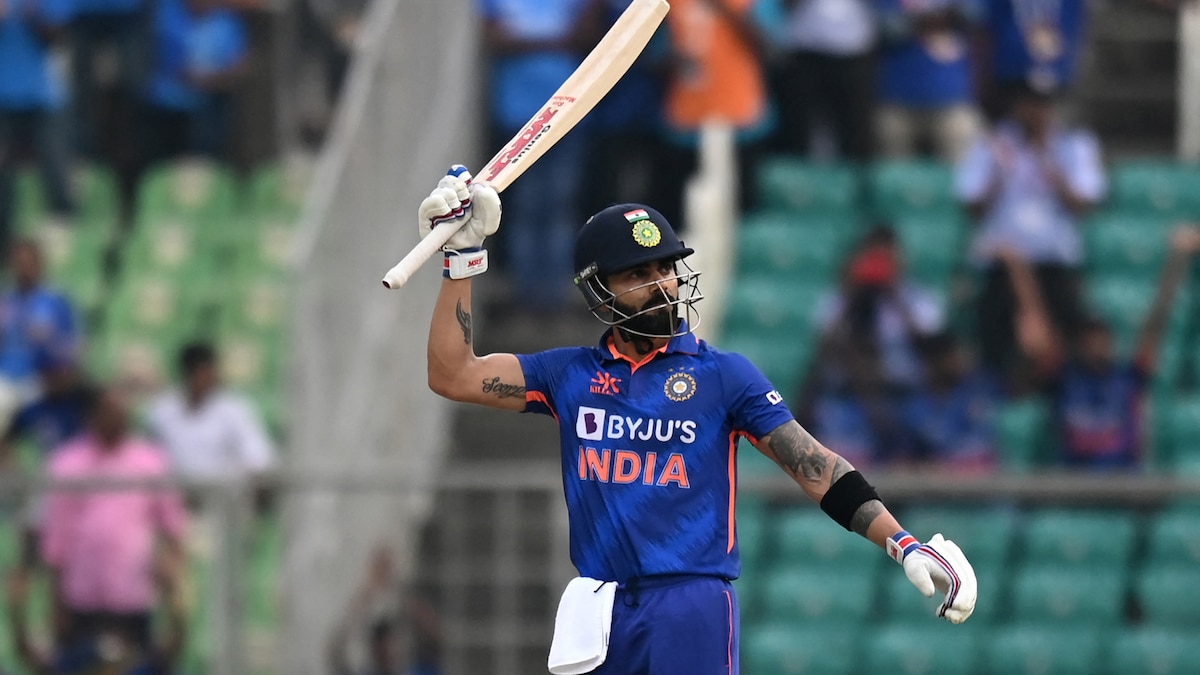 Star India batter Virat Kohli added a new feather to his cap after he struck his 74th international century during the third and final ODI against Sri Lanka on Sunday. Virat shattered many records as went on to surpass India batting legend Sachin Tendulkar on the list of most ODI centuries at home, and also holds the record of scoring the highest number of tons against a single team in the 50-over format of international cricket. With a total of 46 ODI tons, Virat is just short of three centuries from surpassing Tendulkar and registering the most number of ODI tons in the world.

Former India skipper Sunil Gavaskar praised Virat and stated that the 34-year-old batter can easily achieve 100 international tons if he continues to play till the age of 40.

“In case he plays, 5 or 6 years, he will get to the 100. There’s no doubt about it. His average is about 6-6 hundreds a year. So if that happens, then surely he can add another 26 hundreds in the next 5-6 years, if he plays till 40. Sachin Tendulkar also played till his 40s and he had kept his fitness. Kohli is very aware of his fitness. He is still, the fastest runner between wickets in this Indian team,” India Today quoted Gavaskar as saying.

“Only when MSD was there, you could say, MS Dhoni was as quick, if not quicker. Today, at this age, he beats the youngsters hands down. Converting 1s into 2s, and 2s into 3s, he is an absolute champion at that. And not just his runs, but for his partners as well. So with that kind of fitness, for him to play till 40 would not be a surprise at all,” he added.

Coming to the match, Virat Kohli lit up the dead rubber with an epic 166 not out, his third century in four innings, as India annihilated a clueless Sri Lanka with a record 317-run win in the third ODI to sweep the series in Thiruvananthapuram on Sunday.

Sri Lanka succumbed to the high quality fast bowling of Mohammad Siraj who struck four times inside the 10 overs to shut the door on the opposition. Sri Lanka were all out for a meagre 73 in 22 overs, highlighting the gulf between the two teams.