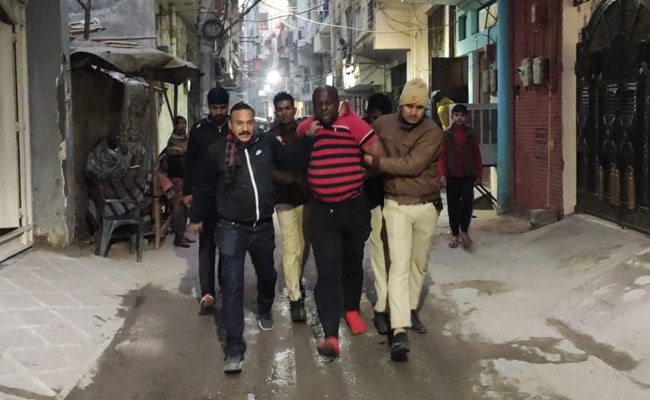 The detaineeswere being taken to the police station.

New Delhi: Around 100 people of African origin on Saturday surrounded a police team in the Neb Sarai area of South Delhi, clashed with them, and freed Nigerian nationals who had been detained over visa expiration by the anti-drugs force. The detainees were being taken to the police station.

A Narcotics Cell team had at 2:30 pm gone to Raju Park in Neb Sarai for deportation proceedings of overstaying foreign nationals, and picked up three Nigerian citizens whose visas had expired.

Meanwhile, a mob of over 100 people of African origin surrounded them, and obstructed the police operation. Two of the three detained managed to successfully escape during the chaos, but the police managed to catch one of them, 22-year-old Philip, again.

Later, a joint team from the Neb Sarai Police Station and the Narcotics Squad visited Raju Park again at 6:30 pm, and detained four Nigerians, including one woman.

In retaliation, 150 to 200 people of African origin surrounded the police team again, and tried to help the detainees escape, police said. The police somehow managed to control the escalating situation, and brought the offenders to the Neb Sarai Police Station, where their deportation proceedings are underway.