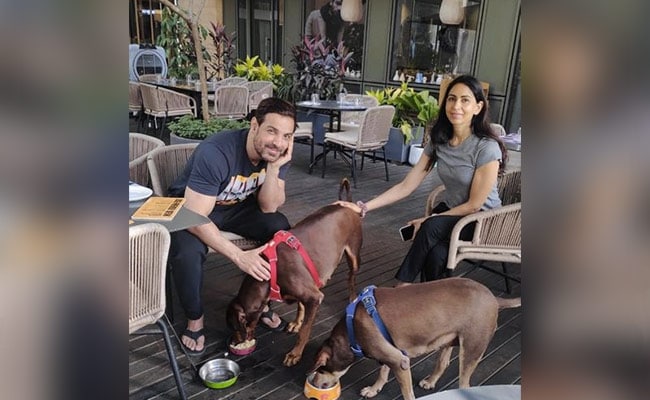 New Delhi: Priya Runchal shared a happy family picture of herself with husband John Abraham and their pets Sia and Bailey on Instagram, on Monday. The picture is trending a great deal even a day later. Priya Runchal accompanying the picture, wrote in her caption: “Thank you for hosting us with so much love. special thanks to Melvin. Yeah yeah John Abraham and Priya Runchal are cool and all, but who’s making a film about Sia and Bailey’s dostana?” She signed off the post with these words: “PS_ Gotta love the fab four.”

John Abraham met Priya Runchal in December 2010 and they got married on 3 January, 2014. Priya is an investment banker in Mumbai. The couple got married at an intimate ceremony, which was attended by close friends and family members in Los Angeles.

The actor awaits the release of action-thrillerPathaan, co-starring Shah Rukh Khan and Deepika Padukone. The film, directed by Siddharth Anand and produced by Yash Raj Films, is slated to release on January 25. It will release in Hindi, Tamil and Telugu.