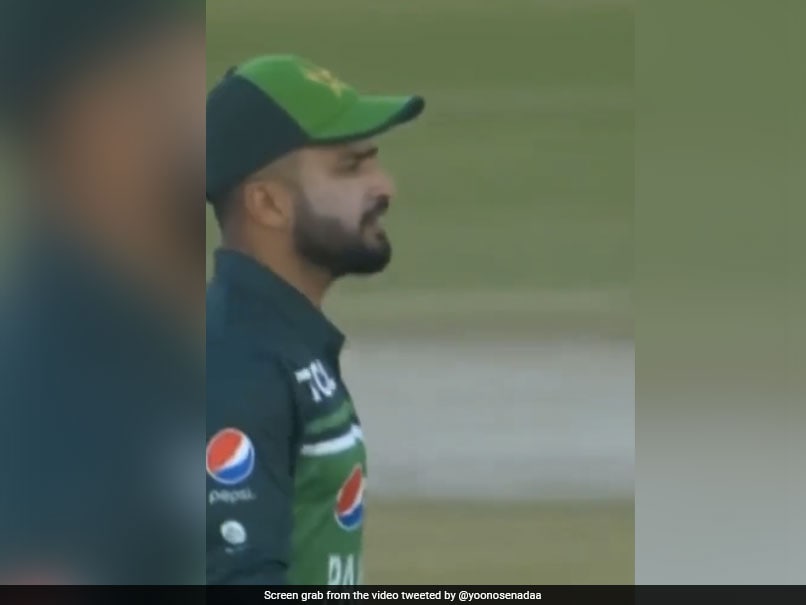 Pakistan tasted a heavy loss against New Zealand on Wednesday in the second ODI of a three-match series. Opener Devon Conway hit a sparkling century to help New Zealand achieve a convincing 79-run win. The series is now level at 1-1. The left-handed batter Conway scored 101 and captain Kane Williamson made 85 before a collapse which saw New Zealand lose nine wickets for 78 runs and restricted them to 261 all out in 49.5 overs.

Pakistan lost wickets at regular intervals and despite a fighting 79 from skipper Babar Azam, the home team were dismissed for 182 to leave the three-match series tied at 1-1.

There was one incident when Babar appeared to lose his cool on Muhammad Nawaz, who was Pakistan’s best bowler with a four-wicket haul. “Jaan Ke Single Karaya na (you deliberately gave the single right)?” Babar can be heard yelling at Mohammad Nawaz in a video that has gone viral on social media.

“Even though we had a good partnership, maybe 300 wasn’t realistic but we got to a par total in the end,” said Williamson. “We knew it would be a tough chase. We knew we had to get a little bit out of the surface, and the two seamers set the tone for us.”

Pakistan won the first match by six wickets while the third and final match is on Friday, also in Karachi. Pakistan lost openers Fakhar Zaman (0) and Imam-ul-Haq (six) by the fourth over. Azam and Mohammad Rizwan (28) added 55 for the third wicket but it was not enough.

Agha Salman scored 25 before he was run out in a mix-up with Azam while none of Mohammad Nawaz, Usama Mir or Mohammad Wasim stuck around for long. Azam hit eight fours and a six in an innings spanning 114 balls before he was finally stumped off spinner Ish Sodhi in the 43rd over. “We came back well with the bat,” said Azam. “But when the spinners came on, it was turning sharply. Credit to them.”