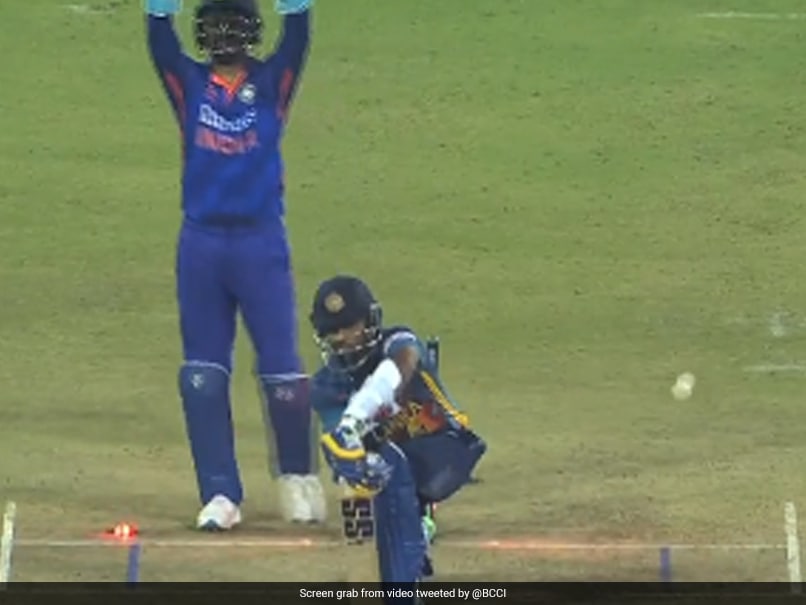 Dasun Shanaka was bowled out for 11 by Kuldeep Yadav© Twitter

Team India unlocked a new milestone on Sunday after they registered a massive 317-run victory over Sri Lanka in the third and final ODI match, to become the first team to achieve a win by such a big margin. The Rohit Sharma-led side also clean-swept the three-match ODI series as began their preparations for the upcoming World Cup on a winning note. Posted a total of 390/5, courtesy of the top knocks from Virat Kohli (166*) and Shubman Gill (116), Team India bundled out Sri Lanka for a meagre total of 73 runs after Mohammed Siraj took a four-wicket haul. Apart from all this, one thing which will definitely remain in the memories of the fans and the players is the stunning dismissal of visitors’ skipper Dasun Shanaka by Kuldeep Yadav.

In the 15th over of Sri Lanka’s chase, Kuldeep bowled a spinning delivery to Shanaka, who got completely bamboozled as the ball dodged the bat and rattled the middle stump. A startled Shanaka departed after scoring 11 runs.

Coming to the match, Virat Kohli lit up the dead rubber with an epic 166 not out, his third century in four innings, as India annihilated a clueless Sri Lanka with a record 317-run win in the third ODI to sweep the series in Thiruvananthapuram on Sunday.

Sri Lanka succumbed to the high quality fast bowling of Mohammad Siraj who struck four times inside the 10 overs to shut the door on the opposition. Sri Lanka were all out for a meagre 73 in 22 overs, highlighting the gulf between the two teams.