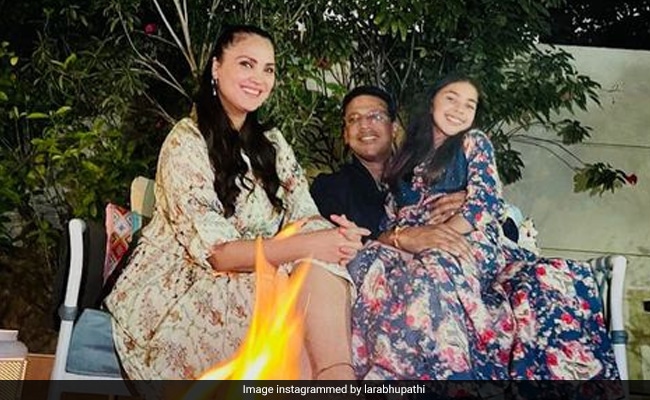 New Delhi: Former Miss Universe Lara Dutta shared happy pictures from Lohri festivities. On Instagram, Lara posted a solo shot of herself, in which she can be seen sitting pretty with a bonfire in front of her. In another shot, the actress can be seen posing with husband Mahesh Bhupathi and daughter Saira. Lara Dutta captioned the post: “Sab nu Lohri di lakh lakh vadhaiyan (sending you many wishes for Lohri).” She added the hashtag #happylohri. For the festive occasion, Lara Dutta opted for a printed ensemble.

Lara Dutta loves to share pictures from her festivities. Sharing picture from a Christmas brunch with her family, she wrote: “Beach Christmas done right! Merry Christmas everyone #christmas #2022.”

The actress was crowned Miss Universe in 2000, just three years after which she stepped into Bollywood with 2003 film Andaaz. She is best known for starring in films such as Bhagam Bhag, Kaal, Partner, Chalo Dilli and the Don series of films and Welcome To New York, to name a few. Lara Dutta and former tennis player Mahesh Bhupathi got married in 2011 and are parents to a daughter named Saira.