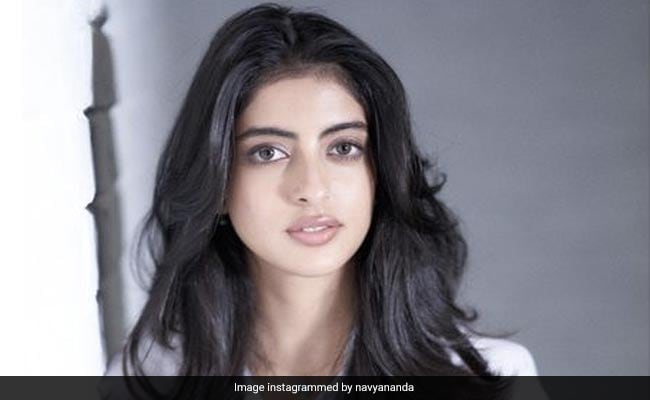 New Delhi: Navya Naveli Nanda, during an interaction with NDTV’s Arun Singh, engaged in a fun Rapid Fire session, where she was asked about her approach of dealing with trolls. “How do you react to trolls,” she was asked. Navya’s reply was this: “I think, with a pinch of salt.” Navya Nanda, who is an entrepreneur and the granddaughter of Amitabh Bachchan and Jaya Bachchan, recently started her podcast What The Hell Navya. In the first episode, Navya discussed about relationships with her mother Shweta Bachchan and grandmother Jaya Bachchan. Navya’s podcast was talk of the town. Meanwhile, a statement of Jaya Bachchan on having babies out of marriage from the podcast went viral on the Internet.

Navya is often in the limelight due to her family background and is sometimes even trolled on social media for various reasons. In January, Navya was trolled for her clothes, when she wore her grandmother Jaya Bachchan’s saree for one of the events. Many trolled her for wearing an ill-fitted blouse.

Navya Naveli Nanda is the daughter of Shweta Bachchan and businessman Nikhil Nanda. She has a younger brother Agastya Nanda, who is all set to make his Bollywood debut with Zoya Akhtar’s The Archies. The film produced by the Tiger Baby production will also mark the debut of Shah Rukh Khan and Gauri Khan’s daughter Suhana Khan and film producer. Boney Kapoor and later actor Sridevi’s daughter Khushi Kapoor.

Navya on the other hand is an entrepreneur. She is the co-founder of Aara Health and often makes headlines for her social work.