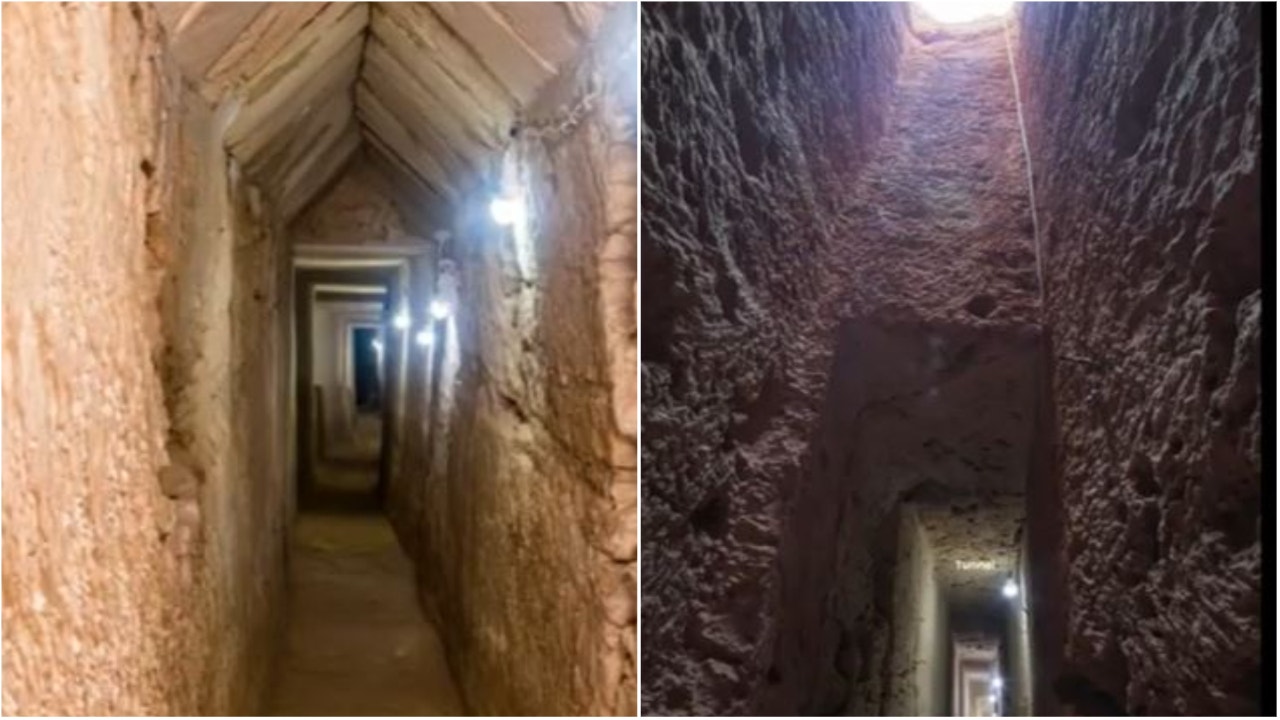 Egyptian archeologists say they’ve discovered a previously hidden ancient tunnel that some believe could lead to the long-lost tomb of Queen Cleopatra.

Egypt’s Ministry of Tourism and Antiquities announced last week that an Egyptian Dominican archeological mission of the University of San Domingo discovered the roughly 4,300-foot tunnel about 40 feet below the ground at the Temple of Taposiris Magna ruins near Alexandria, Egypt.

Speculation has arisen that the tunnel could lead to the final resting place of Queen Cleopatra, who lived between 69 B.C. and 30 B.C. and was Egypt’s last ruler before the Roman reign in the region.

The Ministry of Tourism and Antiquities said that it is “noteworthy” that archeologists at the site have previously found artifacts with the image and name of Cleopatra and Alexander the Great, as well as statues of the goddess Isis.

Egyptian archeologists discovered a tunnel that some believe could lead to the tomb of Cleopatra.
(Egyptian Ministry of Tourism and Antiquities via Storyful)

“Her royal dynasty had built their tombs in their capital city, Alexandria, and ancient writers tell us that Cleopatra actually went and took shelter in her [already constructed] tomb when the Romans captured Alexandria — and it was probably there that she famously committed suicide to avoid being paraded in chains on the streets of Rome in Octavian’s triumph,” Roland Enmarch, a senior lecturer in Egyptology at the University of Liverpool, told Newsweek.

Enmarch said that Taposiris Magna was an “important religious center” during the Ptolemaic and Roman periods in Egypt’s history and that the new tunnel is a “fascinating discovery.”

Artifact found at excavation site near Alexandria, Egypt.
(Egyptian Ministry of Tourism and Antiquities via Storyful)

“It would be exciting but also rather surprising if the famous queen Cleopatra were buried at Taposiris Magna,” Enmarch added.

“If Cleopatra’s tomb is really there, this would be a discovery on a par with or perhaps even exceeding that of Tutankhamun in 1922,” Egyptology expert Eleanor Dobson told Newsweek.

Image of the newly discovered tunnel near Alexandria, Egypt.
(Egyptian Ministry of Tourism and Antiquities via Storyful)

“There are so few images of Cleopatra from her own time [limited to depictions on coins], that to gaze upon her remains, to see this fabled queen, would completely dominate the media.”

Dobson acknowledged that there are no “concrete theories” as to where Cleopatra is buried but said that finally discovering her final resting place would be “sensational.”