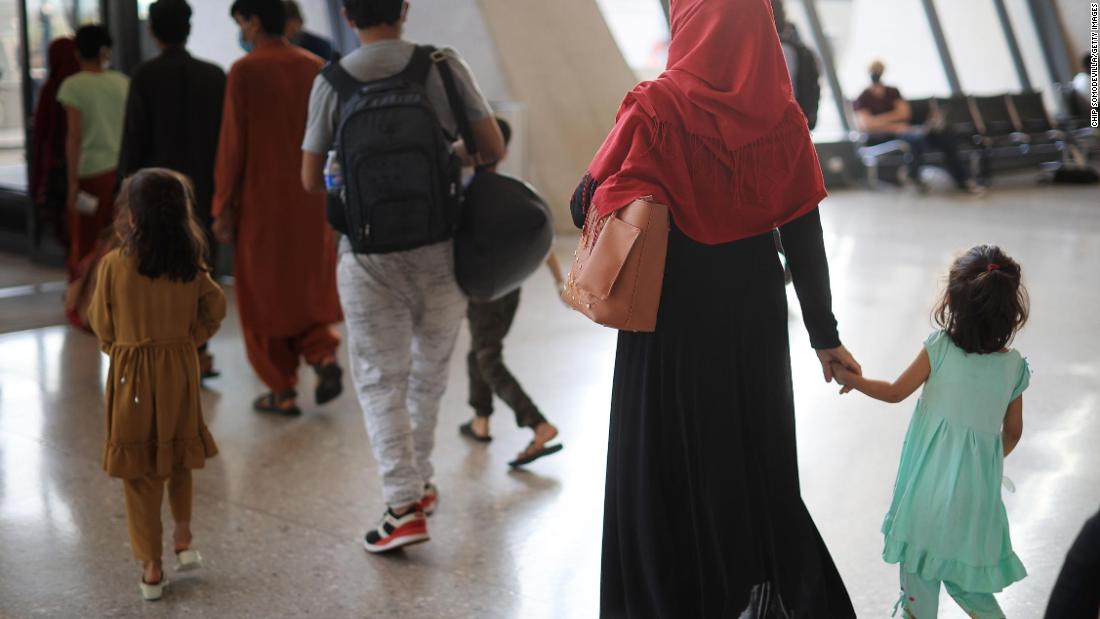 “They were shooting from the back of us…telling us to stop. But we didn’t stop,” Kabir told us. He and his family were among the lucky ones — they are four of the more than 76,000 Afghans who have been evacuated to the United States after Kabul fell last year.

Resettlement agencies have undertaken Herculean efforts to help Afghans like Kabir and his family find housing, enroll children in school and provide English-language training. They have been joined by local churches, community groups and families from Texas to California to Virginia, opening their arms in inspiring ways to their new neighbors.

But the single most important step in the journey of a refugee is landing a job, and yet, many of them are still struggling to do so. They might lack English fluency; have resumes with work experiences, certifications or company names that are unfamiliar to hiring personnel; or face transportation challenges due to the fact that they lack drivers’ licenses. Companies need to step up to lower barriers for Afghans (and other refugees) to work — both to provide decent jobs, and to offer a ladder from entry-level work to jobs that reflect their backgrounds and qualifications.

Ultimately, refugees want a hand up, not a handout. Securing decent work is the moment that refugees find the dignity of providing for themselves and their families, and when they can begin to put down roots in their new community.

Thankfully, since the start of this year, the situation has improved, with companies embarking on dedicated efforts to hire refugees. At Tent, a global nonprofit focused on integrating refugees into the economy and their new communities, we have recruited more than 100 major companies to reduce barriers for refugees trying to enter the US workforce. Pfizer created a dedicated portal for refugees of all backgrounds to ensure that they were not overlooking resumes from qualified candidates. Tyson Foods hired Dari and Pashto interpreters at select sites to assist Afghan refugee employees. And Oneida Nation Enterprises arranged shuttle buses for Afghans without transportation so they could get to and from work.

Thanks to efforts like these, many thousands of Afghans have now found decent jobs in the US, including Kabir. On April 11, he started as a procurement associate at Pfizer. It’s a new start for Kabir. As he puts it, “Now I am rebuilding my life from the zero point.”

While the tight labor market has helped open employers to alternative sources of talent, many corporate executives say they have also been in awe of refugees’ courage and resilience. Companies are also seeing firsthand that hiring refugees makes good business sense. Data shows that refugees stay at companies longer, that companies hiring refugees are more attractive employers across the board, and that consumers are more likely to purchase from brands hiring refugees.

One year on, we estimate that more than half of the Afghan refugees seeking employment have found a job; but that means there is still much work to do. Many more companies need to step up to hire Afghan refugees — making modest investments to overcome language, transportation and other barriers. And while entry-level jobs in sectors like hospitality, food services and retail are absolutely critical for providing refugees with the opportunity to make a living, improve their English and learn the soft skills of navigating the American workplace, these jobs must be the start, not the end-point of their professional journey. Through mentorship, training and career advancement opportunities, companies must do more to help Afghans grow into jobs that make the most of their skills.

Congress has a huge role to play, too. It should urgently pass the Afghan Adjustment Act, which would provide Afghan evacuees a streamlined path to permanent status in the United States. Without this legislation, many Afghans will need to apply for asylum on an individualized basis — an arduous task given that many of them had to destroy the very documentation that could prove their claims. What’s more, with an asylum backlog of almost 700,000 cases, thousands of Afghans could be left in prolonged limbo for years, putting their ability to maintain continued lawful employment at risk.

Despite all that has happened, Kabir thanks destiny for bringing him to America. We can’t let him down.