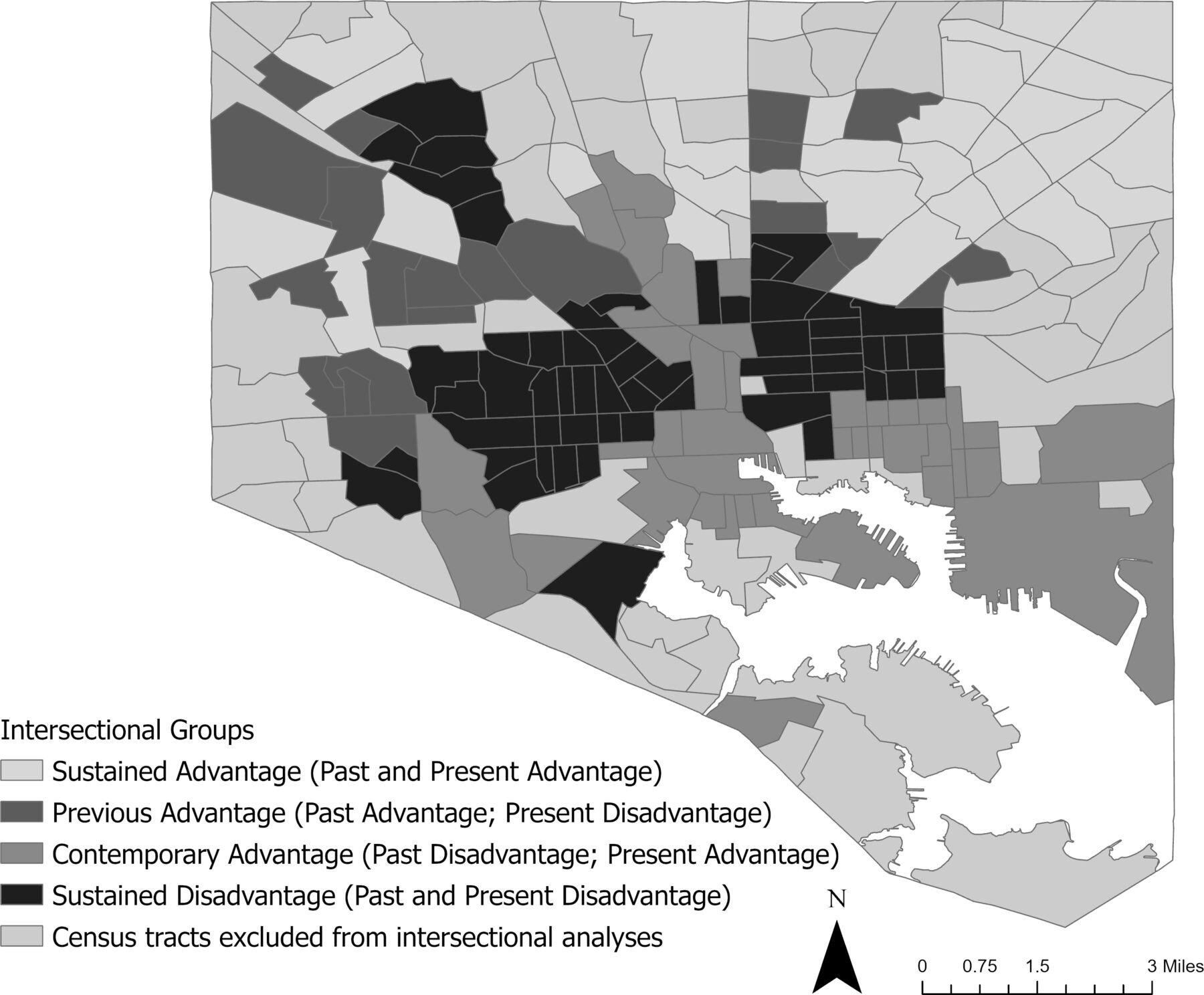 A new study led by researchers at the Johns Hopkins Bloomberg School of Public Health links historic redlining, coupled with ongoing segregation by race and income, to 38% of the nonfatal shooting rate in Baltimore city’s most disadvantaged neighborhoods between 2015 to 2019.

For their analysis, the researchers looked at two examples of structural racism: redlining and racialized economic segregation. Redlining is a term used to describe discriminatory policies that systematically deny or increase the costs of mortgages, insurance, and loans based on the percentage of the neighborhood’s residents who are Black or other racial or ethnic minorities.

For many decades, lending institutions redlined low-income neighborhoods, which often had large populations of people of color, classifying them as investment risks. The practice resulted in neighborhoods with lower home values and fewer services and resources. Combined racial and economic segregation, also known as racialized economic segregation, measures current factors, including race and income.

The analysis found redlining, coupled with ongoing segregation, is linked to 10 additional nonfatal shootings occurring in Baltimore’s most disadvantaged neighborhoods per year, per 10,000 residents.

The study was published online September 1 in Injury Prevention.

“These communities of color are doubly impacted. They have been redlined in the past and are underserved now,” says the paper’s lead author, Mudia Uzzi, a doctoral candidate in the Bloomberg School’s Department of Health, Behavior and Society. “Health equity and racial justice need to be prioritized when developing gun violence prevention policies and interventions.”

More than 5,000 nonfatal shootings have occurred in Baltimore since 2015, according to law enforcement records. These nonfatal shootings present many health and safety problems, including physical injuries, health care costs, and mental health issues like stress, grief, and trauma.

To determine levels of historical redlining in each census tract, they examined the 1937 Baltimore Home Owners’ Loan Corporation map, which designated specific areas—many of which were historically Black neighborhoods—as “hazardous” for investment. The researchers then calculated what are known as Index of Concentration at the Extremes (ICE) scores, a measure that factors in geographic and social polarization. These researchers used this measure to quantify the concentration of households in census tracts that are most socioeconomically advantaged—non-Hispanic white households with an income over $100,000—versus most socioeconomically disadvantaged—non-Hispanic Black households with incomes below the federal poverty line of $25,000.

These scores were used to identify contemporary levels of racialized economic segregation in each census tract, utilizing the median household income data from the 2019 Census survey.

“There is a pernicious pathway from structural racism to the devastating health consequences of gun violence in Black communities,” says Carl Latkin, Ph.D., vice chair of the Bloomberg School’s Department of Health, Behavior and Society and the paper’s senior author. “This dynamic is part of a feedback loop of disinvestment, poverty, and violence that should be addressed by enacting meaningful gun control policies and investing in Black urban communities.”

Citation:
Past and present racism linked to excess nonfatal shootings in Baltimore’s most disadvantaged neighborhoods (2022, September 1)
retrieved 2 September 2022
from https://medicalxpress.com/news/2022-09-racism-linked-excess-nonfatal-baltimore.html