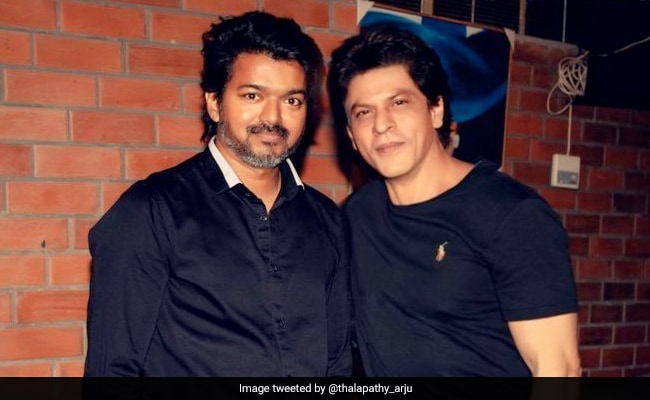 New Delhi: Celebs from all corners are sending best wishes to PathaanTeam as the makers have released the trailer. The recent star to join the list is South superstar, Thalapathy Vijay. After watching the trailer, Vijay gave a shout-out to the team on his Twitter handle. He shared the trailer and wished the team – “all the best.” He wrote, “Wishing @iamsrk sir and the team all the best for #Pathaan. Here is the trailer.” On seeing this, Shah Rukh Khan was quick to thank the actor. He dropped a sweet thank you note on his Twitter handle that read, “Thank you my friend @actorvijay You are Thalapathy for this humble reason, let’s meet for delicious feast soon.”

First, check out what Vijay tweeted:

Wishing @iamsrk sir and the team all the best for #Pathaan

Here is the trailer https://t.co/LLPfa6LR3r#PathaanTrailer

Helmed by Siddharth Anand, in the film Shah Rukh Khan and Deepika Padukone will join forces to fight a private terror group led by John Abraham. In the trailer, SRK and Deepika are on a mission to protect India from John’s vicious plan to destroy the country. Sharing the trailer, Shah Rukh wrote, “Mehemaan nawaazi ke liye #Pathaan aa raha hai, aur pataakhen bhi saath laa raha hai! #PathaanTrailer out now! (Pathaan is coming for the guests and he is bringing fireworks along too). Releasing in Hindi, Tamil and Telugu on 25th January 2023.”

Watch the Pathaan trailer below:

Produced by Yash Raj Films, Pathaan will release in theatres in three regional languages Hindi, Tamil and Telugu on January 25 this year.