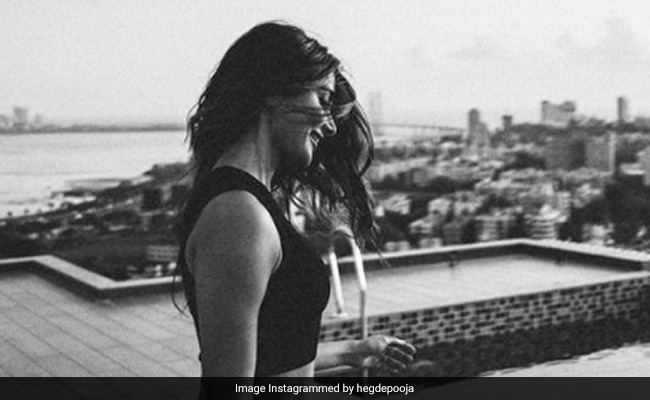 New Delhi: Pooja Hegde, who has been busy shooting for her various projects in both south and Bollywood, is currently enjoying her time at home in Mumbai. The actor shared a monochrome picture of herself on Instagram. Her caption read, “City girl in her city world” with the hashtag Home. In the picture, Pooja can be seen wearing a two-piece, who is about to enter the pool. Soon her picture garnered over three lakh likes and many comments from her fans. One of her fans wrote, “You are looking beautiful”, while the other wrote, “Marvelous.” Many of them dropped heart and fire emojis in the comments section.

Just a few days ago, Pooja had shared another set of pictures on her Instagram, where she could be seen festival ready. The actor who posed in a yellow ethnic wear for her pictures, captioned it, “Festive times” with the hashtag Ganesh Chaturthi.

Other than Salman Khan’s film, Pooja Hegde will also be seen in south star Mahesh Babu’s twenty eighth film, directed by Trivikram Srinivas. This will be Pooja’s third collaboration with the filmmaker after the 2018 film Aravinda Sametha Veera Raghava and the 2020 film Ala Vaikunthapurrmuloo.