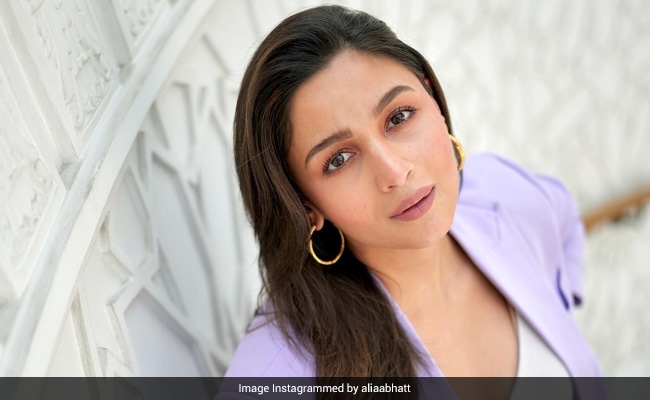 New Delhi: On Sunday, Alia Bhatt and Ranbir Kapoor‘s, moms Neetu Kapoor and Soni Razdan were spotted arriving at HN Reliance Foundation Hospital, Mumbai, where the actress is admitted. The parents-to-be Alia Bhatt and Ranbir Kapoor were spotted arriving at the hospital in their car a while ago. The couple, who got married in April this year in an intimate ceremony at their Mumbai residence Vastu, is expecting their first child together. In June, Alia announced her pregnancy with a picture featuring Ranbir from the hospital on her Instagram handle. Ever since she has been giving her fans serious maternity goals by sharing gorgeous pictures on her Instagram handle.

Check out Neetu Kapoor’s video below:

In June, Alia Bhatt shared a post announcing the pregnancy and wrote, “Our baby ….. coming soon,” followed by a heart emoticon. Check out the post  below:

Last month, the Kapoor family organised an intimate baby shower for Alia Bhatt at their Mumbai residence Vastu. Alia shared some dreamy pictures from the celebrations and simply wrote, “just…love,” followed by yellow heart emoticons. In the images, Alia looks pretty in a yellow ensemble, while Ranbir looks dapper in a light pink kurta paired with a white pyjama. The ceremony was attended by Kapoors and Bhatts, including Neetu Kapoor, Riddhima, Karisma, Shweta Bachchan, Soni Razdan, Shaheen Bhatt, Mahesh Bhatt and others.

Meanwhile, on the work front, both Alia Bhatt and Ranbir Kapoor are basking in the success of their recently released film Brahmastra. Helmed by Ayan Mukerji, the movie also featured Amitabh Bachchan, Shah Rukh Khan, Nagarjuna and Mouni Roy. Next, Alia will be seen in Rocky Aur Rani Ki Prem Kahani, while Ranbir has Animal in his kitty.