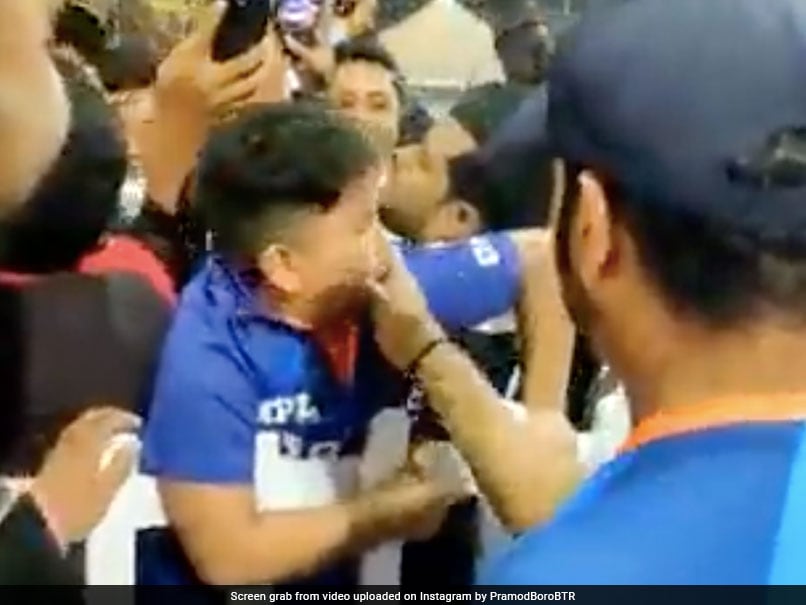 One of the finest batters in the world, Rohit Sharma is back leading the Indian team for the 3-match ODI series against Sri Lanka. Ahead of the opening match of the assignment in Assam, a number of fans gathered to watch the Indian team practice. India skipper Rohit Sharma even got the opportunity to interact with a few fans but things went a little off-track when a fan started to cry upon meeting the Hitman. But, Rohit showed a big heart and went closer to the fan to comfort him.

Ahead of the series opener, however, the golden moment between Rohit and the crying fan has stolen everyone’s heart. Here’s the video:

Cricketer Rohit Sharma interacting with an young cricket fan from Assam in Guwahati.

Rohit also gave autographs to a few fans at the practice venue.

In a press conference on the eve of the first ODI, Rohit spoke about a number of topics, including his T20I future. The veteran batter confirmed that he has no intention of leaving the shortest format of the game anytime soon.

“We have only six T20Is, three are over. So we’ll manage, you know to look after those boys till IPL. Then we’ll see what happens after the IPL. But certainly, I’ve not decided to give up the format,” Rohit said in the press conference.

The opening batter also asserted that the focus for him and the team at present is the ODI World Cup which takes place towards the end of this year.

“At the moment I think it was made clear in the past that it’s a 50-over World Cup year for us. And for some of the guys it’s not possible to play all formats,” Rohit said.

The Curious Case Of Jasprit Bumrah