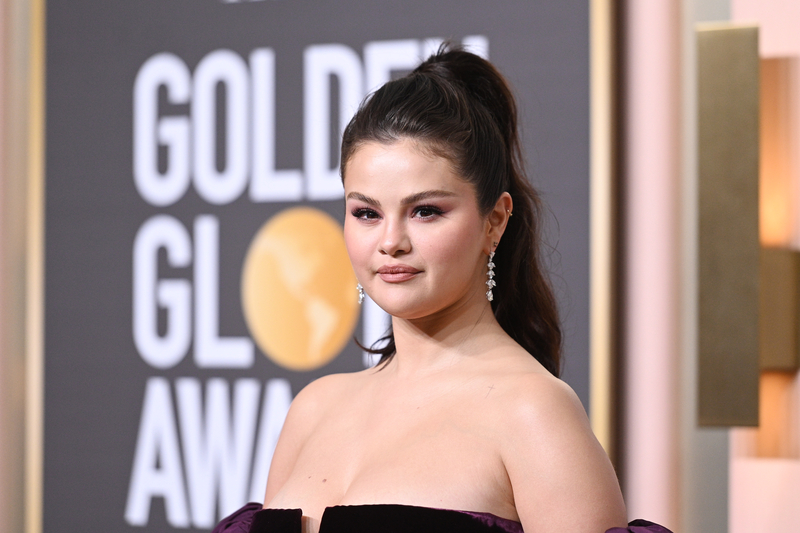 Selena Gomez made a glamorous arrival to the 2023 Golden Globes on Tuesday in Los Angeles. The singer looked to Valentino for her gown, arriving on the red carpet in a dress from the fashion house’s winter 2022 couture collection.

Gomez’s strapless gown featured a slit detail on her chest and a maxi-style fit, with a similar short slit on the skirt. Attached to her gown were billowy, oversize purple sleeves that led into a shawl-like floor-length adornment. She slipped into a pair of classic open-toed heels. For her award show look, Gomez worked with her longtime stylist Kate Young. Young has styled a large roster of celebrities, including Michelle Williams, Margot Robbie and Jennifer Lawrence.

Her hair was styled into a sleek high ponytail, adding a playful touch to her red carpet-ready ensemble. Her makeup coordinated with her purple look, with pigmented lilac-colored eye shadow and a matte pink lip.