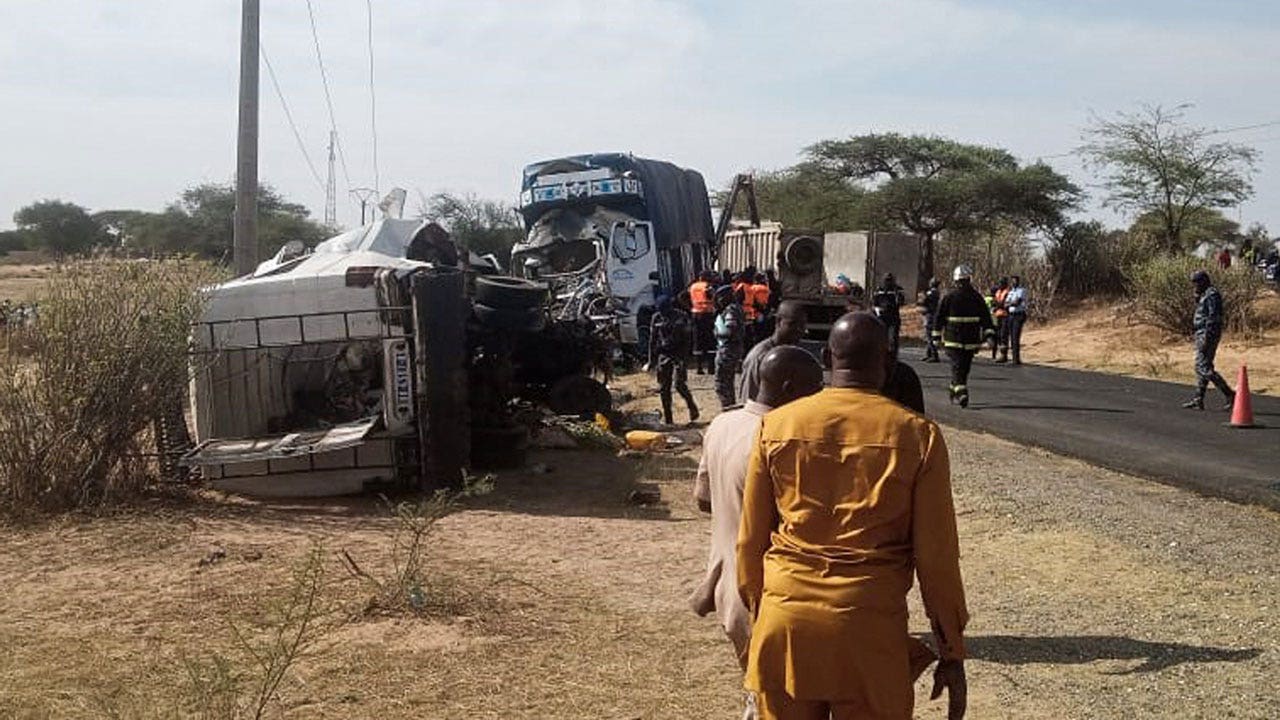 A bus swerved to avoid hitting a donkey and collided with a truck, killing at least 19 people and injuring dozens of others in Senegal on Monday, authorities said.

“Yet another fatal accident on our roads,” he said. “My heartfelt condolences to the bereaved families. Speedy recovery to the injured.”

POLISH MAN DIES AFTER CRASHING CAR INTO THE BRANDENBURG GATE IN BERLIN, GERMANY

A view of an accident scene near Sakal, northern Senegal, on Jan. 16, 2023 where nineteen people were killed when a bus and a truck collided.
(Photo by Ousseynou Diop / AFP via Getty Images)

Last week, 40 people were killed in a bus crash in Gnivy village, in Senegal’s Kaffrine region. After that crash, the government announced reforms to try and stem collisions.

Traffic crashes happen regularly in the West African nation because of poor roads, bad cars and drivers not adhering to the rules, locals say.

In 2017, at least 25 people were killed when two buses also crashed. Many of those people were heading toward the central town of Touba for the annual Muslim pilgrimage.