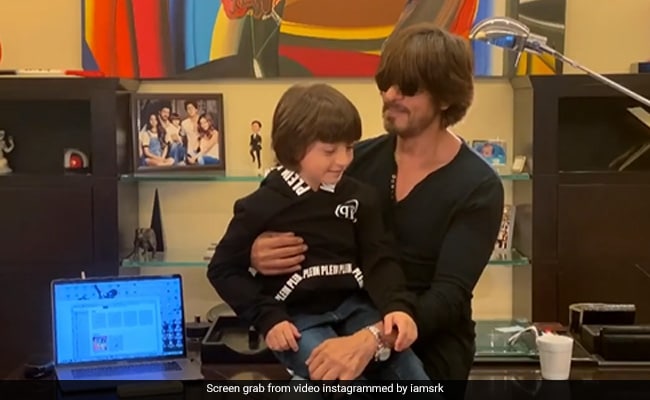 New Delhi: With the release date of Pathaan approaching, Shah Rukh Khan’s #AskSRK sessions are getting more frequent and TBH, we are loving every bit of it. On Thursday night, Shah Rukh Khan did an interactive session with fans on Twitter. During the session, a Twitter user asked SRK what his family thought of the Pathaan trailer. “Ghar vaalo ka response, Pathaan trailer pe… ( Your family’s response to the Pathaan trailer)?” Shah Rukh Khan revealed what his son AbRam thought of the trailer and wrote: “The little one liked the jet pack sequence most…He thinks I might go into another realm!#Pathaan.’

The little one liked the jet pack sequence most….he thinks I might go into another realm!!! #Pathaanhttps://t.co/Tz46Qynnfa

When another Twitter user asked SRK, “Sir did you watch Pathan movie with your family and what there reaction” (sic), the actor replied: “No nobody has seen the film yet except the technicians working on it….”

No nobody has seen the film yet except the technicians working on it…. https://t.co/Nzq5XkyYUw

Shah Rukh Khan married Gauri Khan in 1991. The star couple are parents to Aryan, 25, (their eldest child), daughter Suhana and 9-year-old AbRam. Aryan Khan graduated from University Of South California. Suhana (22) is shooting for Zoya Akhtar’s The Archies. The film will mark her acting debut.

Meanwhile, in Pathaan, Shah Rukh Khan and Deepika Padukone unite to fight the brutal forces – a private terror group, led by John Abraham. The film, directed by Siddharth Anand and produced by Yash Raj Films, is slated to release in theaters in Hindi, Tamil and Telugu on 25th January, 2023.