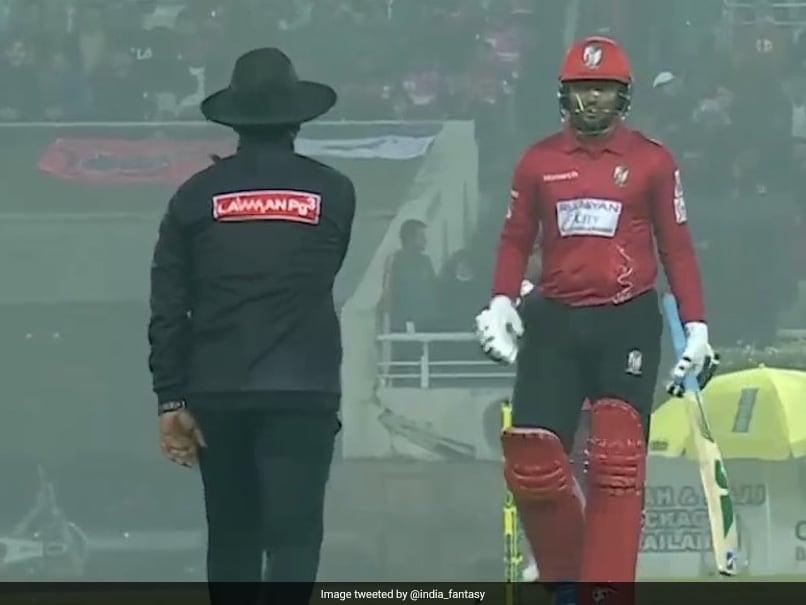 Veteran Bangladesh all-rounder Shakib Al Hasan has developed a reputation for venting out his frustration on the field, especially at umpires. On multiple occasions, Shakib has been found losing his cool during cricket matches, more so in the domestic spectrum. The same happened once again as the Bangladesh star charged at the leg-umpire over a wide-ball decision. Unhappy with the decision not going in his favour, Shakib was even spotted screaming at the umpire, and now the video of the incident has gone viral on social media.

Shakib had been publicly speaking about his displeasure at how the Bangladesh Premier League (BPL) is being run. Recently, he had even said that it wouldn’t take him long to fix things, if he was made in charge. Now, it’s the BPL itself where the Bangladesh star is making headlines for all the wrong reasons.

In a BPL match, a bouncer went past Shakib but wasn’t called a wide. Fuming at the decision, Shakib screamed at the umpire and charged at him for the decision. The umpire reportedly said that the delivery was fair and was the first bouncer of the over.

The 35-year-old even charged toward the umpire at the bowler’s end and had a few words before returning to his crease.Here’s the viral video:

Shakib Getting furious with an umpire for not giving wide #BPL23 #BPL2023 pic.twitter.com/1rrp8Yl5Dy

Famously in the Dhaka Premier League in 2021, Shakib had lost his temper to the extent that he uprooted the stumps and smashed them on the ground in frustration at an umpiring decision. However, when better sense prevailed, Shakib decided to apologise.

“I am extremely sorry for losing my temper and ruining the match for everyone and especially those who are watching from home. An experienced player like me should not have reacted that way but sometimes against all odds it happens unfortunately,” Shakib had said back then.

More recently, Shakib cited the example of the Bollywood movie ‘Nayak’ while explaining it wouldn’t take him long to fix things in BPL.

“If they made me the BPL CEO, it would take me one or two months to correct everything. You have seen the movie Nayak right? If you want to do something, you can do it in one day,” Shakib had said in a press conference.

As for the BPL match, Shakib scored 67 runs as his side Fortune Barishal lost to Sylhet Strikers.