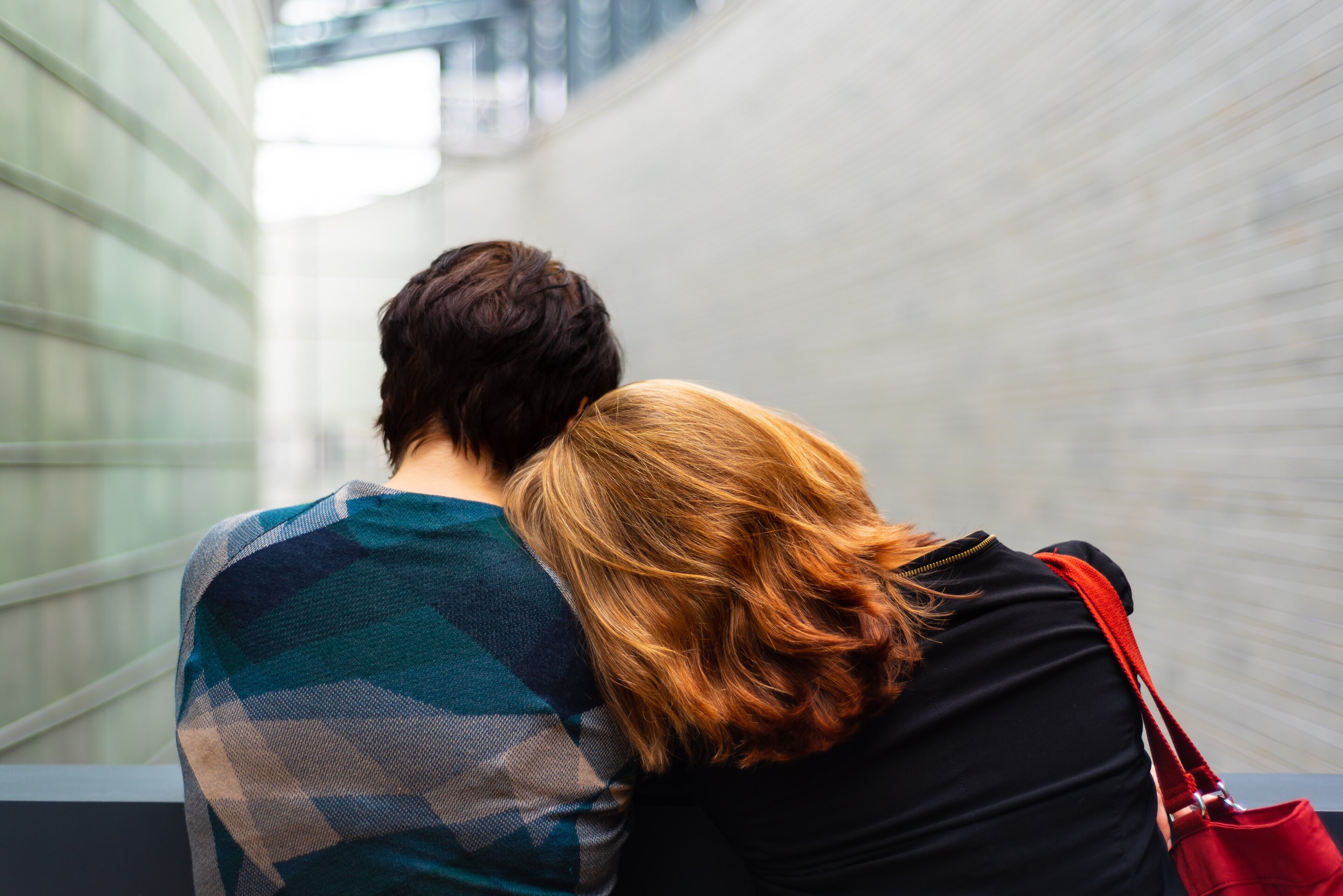 Reaching out to support a person when they’re under stress is always a good idea. But a new study suggests that support could be especially important for someone whose genetic makeup makes them more likely to develop depression.

The study shows the importance of social support in buffering the risk of developing depression symptoms in general, using data from two very different groups of people under stress: new doctors in the most intense year of training, and older adults whose spouses recently died.

But the largest effect was seen in those who had the most genetic variation that raised the risk of depression.

The paper uses a measure of genetic risk called a polygenic risk score, which is based on decades of research about what tiny variations in specific genes are linked to depression risk.

The study, published in the American Journal of Psychiatry by a University of Michigan team, suggests that more could be done to target social support to those who can most benefit.

“Our data show wide variability in the level of social support individuals received during these stressful times, and how it changed over time,” said first author Jennifer Cleary, M.S., a psychology doctoral student at U-M who is doing her research with senior author Srijan Sen, M.D., Ph.D., of the U-M Medical School. “We hope these findings, which incorporate genetic risk scores as well as measures of social support and depressive symptoms, illuminate the gene-environment interactions and specifically the importance of social connection in depression risk.”

Sen, who is the director of the Eisenberg Family Depression Center and a professor of psychiatry and neuroscience, adds that even as genetic research reveals more of the DNA variation related to depression vulnerability, learning how that variation leads to depression is crucial.

“Further understanding the different genetic profiles associated with sensitivity to loss of social support, insufficient sleep, excessive work stress and other risk factors could help us develop personalized guidance for depression prevention,” he said. “In the meantime, these findings reaffirm how important social connections, social support and individual sensitivity to the social environment are as factors in well-being and preventing depression.”

The new study used data from two long-term studies that both capture genetic, mood, environment and other data from populations of participating individuals.

One is the Intern Health Study, which enrolls first-year medical residents (also called interns) around the United States and beyond, and which Sen directs.

The other is the Health and Retirement Study, based at the U-M Institute for Social Research.

The data for the new paper came from 1,011 interns training at hospitals across the country, nearly half of whom were female, and from 435 recently widowed individuals, 71% of them women, who had data available from surveys conducted before and after their spouses died.

In the interns, as Sen and his team have shown in previous work, depressive symptoms increased dramatically (126%) during the stressful year of training that includes long and irregular work hours—often in environments far from friends and family.

In the widows and widowers, depressive symptoms increased 34% over their pre-widowhood scores. This correlates with past research showing loss of a spouse can be one of the biggest stressors in a person’s life, Cleary said.

Then, the researchers factored together the depression symptom findings with each person’s polygenic risk score for depression, and their individual responses to questions about connections with friends, family and other social supporters.

Most of the interns lost social support from their pre-internship days—which fits well with the common experience of leaving the place where they attended medical school and going to a new environment where they may not know anyone.

Interns who had the highest polygenic risk scores and also lost social support had the highest scores on measures of depression symptoms later in the stressful intern year.

Those with the same high level of genetic risk who gained social support, though, had much lower depressive symptoms. In fact, it was lower than even their peers with low genetic risk, no matter what happened to their social support. The researchers call this a “crossover effect.”

Unlike the interns, some widowed individuals reported an increase in social support after the loss of their spouse, potentially as friends and family reached out to offer help or just a listening ear.

But the crossover effect was visible in them, too. Widows with high genetic risk for depression who gained social support showed a much smaller increase in depressive symptoms than their peers with similar genetic risk who lost social support after losing a spouse.

There were also some widows who lost social support or didn’t experience a change in support, and whose depressive symptoms didn’t change. Cleary notes that in future work, it will be important to look at this group’s history in light of any caregiving they may have done for a spouse with a long-term illness.

The team also hopes that other researchers will study this same interaction of genetic risk, stress and social support in other populations.

Doing so can have benefits both for the person under stress, and the person reaching out to them, they note.

Reducing the level of ongoing stress that the person is facing, whether it’s at work, school, after a personal loss or in family situations can be critical.

And even though the study did not examine the role of professional mental health help, individual and group therapy is an important option for those who have developed depression or other mental health concerns.

Provided by
University of Michigan