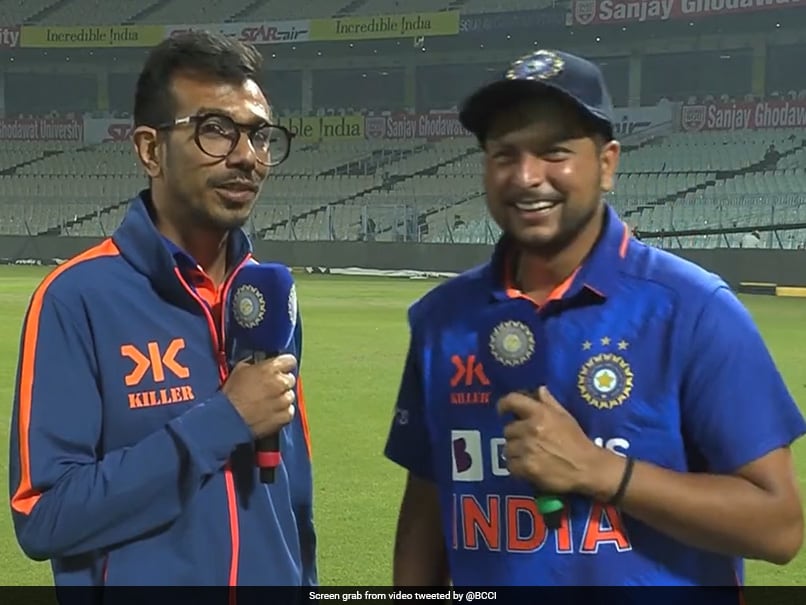 Leg-spinner Kuldeep Yadav was named ‘Player of the match’ on Thursday as India defeated Sri Lanka in the second ODI in Kolkata, taking an unassailable 2-0 lead in the three-match series. Kuldeep, who ended the match with figures of 3/51, had replaced Yuzvendra Chahal in the playing XI. Chahal was unavailable for selection due to a sore right shoulder. After the match, Kuldeep thanked Chahal for giving him valuable “inputs” as it helped him to get used to the conditions.

“I would like to thank you for your suggestions. You played the entire T20I series and the previous one-dayer as well. I was coming into white-ball cricket straight from a Test match. You gave inputs. Since you were playing so much with the boys, you had an idea of how to bowl, so thank you for it. These small inputs are very important. Of course, we are not playing together so much on the field these days, but the outside inputs I get from you are also very helpful,” Kuldeep said in a video posted by BCCI.

However, Chahal, who is known for his humour, saw the fuuny side of it, and joked that apart from being Suryakumar Yadav‘s batting coach, he has now also become Kuldeep’s bowling coach.

The third and final ODI between India and Sri Lanka will be played on Sunday in Thiruvanathapuram.