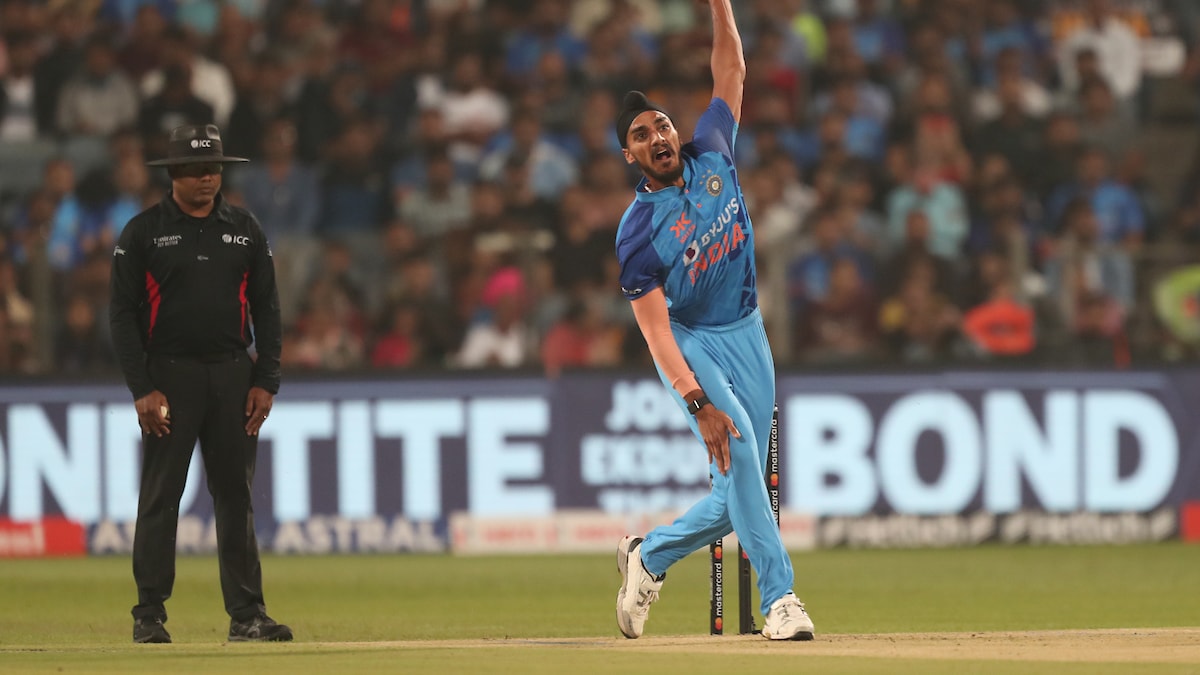 Former India selector Saba Karim feels Arshdeep Singh has some “technical shortcoming” in his bowling after the pacer delivered five no-balls against Sri Lanka in the second T20I on Thursday. Arshdeep’s problem with no-balls forced captain Hardik Pandya to under-utilise him in the match, which India lost by 16 runs at the MCA Stadium in Pune. While speaking to NDTV, Karim questioned the team management’s decision to give Arshdeep a long break after the T20 World Cup, adding that a bowler like him needs regular game time to maintain his rhythm.

“Yes, he has a technical shortcoming. It’s up to Paras Mhambrey (bowling coach) to figure out that why is he overstepping. There may be number of reasons. It generally happens when you lose rhythm in you run up. What was the need to give him such a long break? Why didn’t he travel to Bangladesh to play some games? Did he play any domestic cricket since coming back? He is such a fluid bowler and needs to play as many matches as he possibly can,” said Karim.

Karim suggested that Arshdeep needs to go back to the basics, which will eventually help him to regain his lost rhythm.

“Once you are on the field, you have to be at the top of your mark. You can’t be rusty. But that didn’t happen with Arshdeep. He needs to find out the rhythm in run up. If it happens once in a while one can understand. But, in a T20 game, you can’t bowl 6-7 no balls. He needs to go back to the basics and I am sure he can come up with a much better kind of a rhythm,” he added.

With the series tied 1-1, India will have a job on their hands to deliver against the reigning Asia Cup champions in the series decider.

The third and final T20I will be played in Rajkot on Saturday, January 7.

Hardik Pandya to Lead In T20Is Vs Sri Lanka