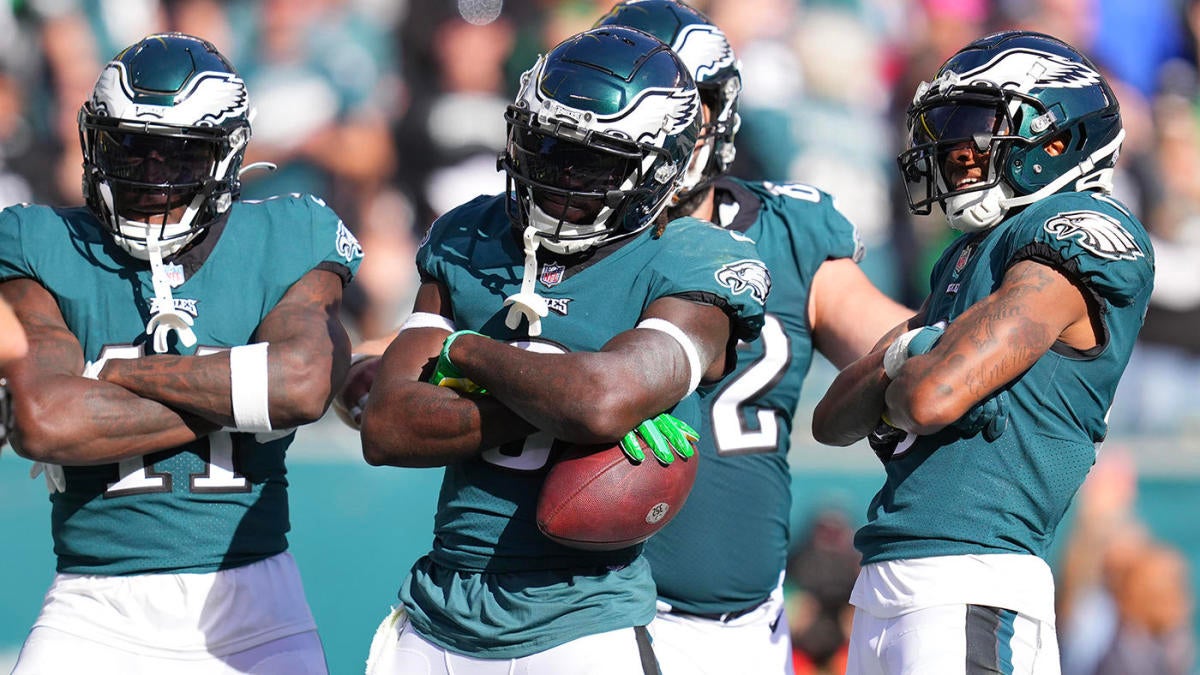 Happy Halloween and happy Monday, everyone!

Let’s get right to it.

Good morning to everyone but especially to…

When the 49ers traded for Christian McCaffrey, the biggest question was, “How much can a running back really elevate San Francisco’s title hopes?” Now the question is, “What can’t CMC do?”

Here’s what else happened:

McCaffrey and the 49ers earned an A+ in our weekly grades, writes NFL reporter Bryan DeArdo.

And not such a good morning for…

It’s been a while since we’ve seen Aaron Rodgers and the Packers on this type of losing streak. It’s been even longer since we saw their offense look the way it did… if we’ve ever seen it look this way.

Green Bay lost, 27-17, in Buffalo on Sunday. It’s their fourth loss in a row, tying Rodgers’ second-longest as a starter. Losing to the Bills — the Super Bowl favorite — is nothing to be ashamed about. It’s how the Packers looked that was eye-opening.

To see a team with the two-time reigning MVP quarterback become so run-heavy is pretty wild, and it tells us that Green Bay simply doesn’t trust its passing game. The Packers’ goal, seemingly, was to try to grind out enough first downs at a deliberate pace to keep Josh Allen and company on the sideline. And it worked, to an extent: Green Bay ran for over 200 yards and had over seven more minutes of possession.

It’s not a bad strategy if you’re truly outmatched at most positions and simply trying to keep the game within reach and hope for some lucky breaks. Last night showed the Packers viewed themselves as that — a team clearly not close to the Bills’ level.

A Phillies-Astros World Series matchup promised to give us plenty of entertainment, and through two games, neither side has let us down. Philadelphia and Houston split the first two games in Houston, and the series shifts to Philly tonight.

Game 3 is tonight, with Lance McCullers Jr. and Noah Syndergaard as the starters. Philadelphia is 5-0 at home this postseason.

Two undefeated teams — Ohio State and Tennessee — took on ranked teams this weekend, and both emerged with their perfect record intact. They did it in very different ways, though.

In Happy Valley, Ohio State trailed with under nine minutes remaining before coming back and then some, beating Penn State, 44-31.

It was a less stressful day in Knoxville, where Tennessee took it to Kentucky, 44-6. Hendon Hooker threw for three touchdowns and ran for another as the Volunteers posted their biggest win in the rivalry since 2000.

That combination of results means we have a rare tie for No. 2 in the newest AP Poll: Ohio State and Tennessee are tied behind No. 1 Georgia, and that means this coming weekend’s Georgia-Tennessee game will be the 25th regular-season game ever between AP No. 1 and No. 2. Here’s the entire AP Top 25.

As for everything else…

Jake Paul, the social media star turned boxer, improved his career record to 6-0 with a unanimous decision victory over former UFC standout Anderson Silva. Paul, 25, knocked down Silva, 47, in the eighth and final round to help secure the win.

While Paul has had trouble getting people to take him seriously in the ring due to the nature of his opponents, Silva was his best competition yet and showed just how much Paul has improved, writes our boxing expert Brent Brookhouse.

For all of the results — including Le’Veon Bell losing — click here.