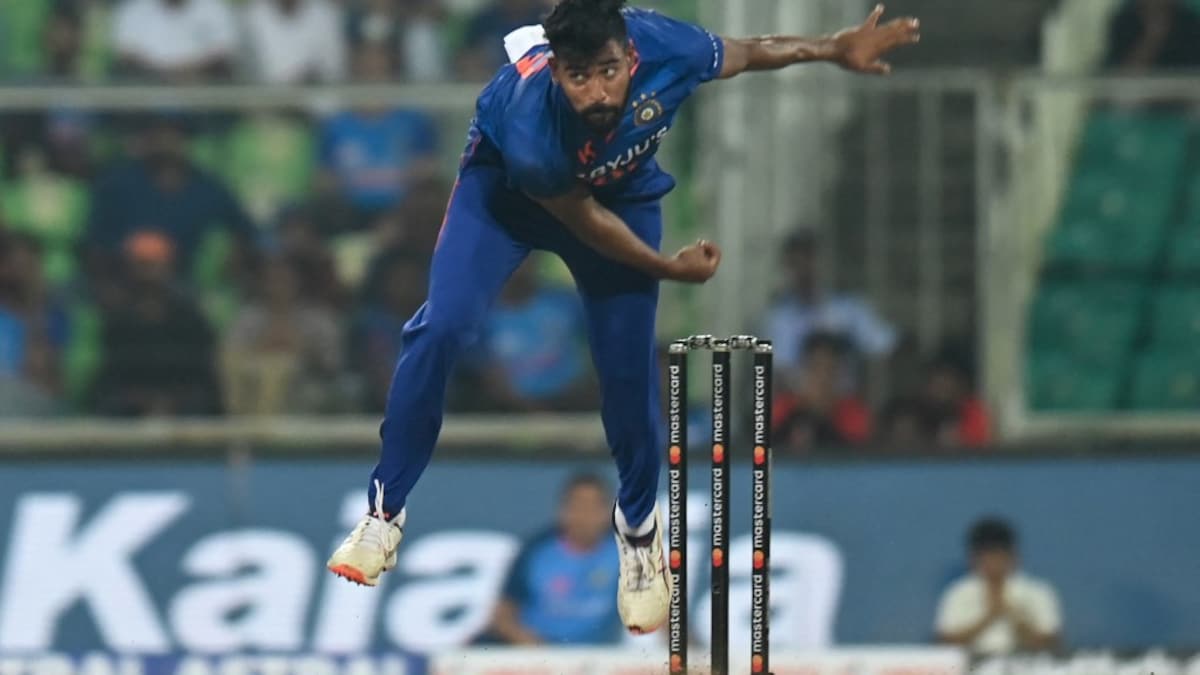 Pacer Mohammed Siraj rued missing a chance to get his maiden five-wicket haul against Sri Lanka as India registered the biggest win by runs in ODIs at the Greenfield International Stadium, Thiruvananthapuram. Siraj expressed that he tried really hard to get to his first fifer in the 50-over format but could only manage four wickets in the match. “I wanted to try and get my first fifer. Tried very hard, but you get only as much as you deserve,” said the pacer.

Siraj revealed his game plan and stated he uses his outswing deliveries to plant a seed of doubt in the minds of the batsmen.

“The outswing was coming out nicely, but the wicket-taking over was the scrambled seam. I just try to generate some doubt in the batter’s mind with those outswing deliveries. Captain tried hard to get me that fifer, but what can we do,” shared the 28-year-old.

A destructive powerplay spell from Mohammed Siraj continued Sri Lanka’s downfall for the third straight ODI, helping the hosts clinch a massive 317-run win in the final ODI on Sunday.

Virat Kohli won the ‘Man of the Match’ award for his match-winning ton and also the ‘Man of the Series’ for scoring 283 runs in the series, which included two centuries.

With this win, India has clinched the series 3-0. They have also recorded the biggest win in terms of runs in the history of ODI cricket and are the first team ever to register a win by a margin of 300 runs or more.

Electing to bat first, India got off to a wonderful start, with skipper Rohit Sharma (42) having an opening stand of 95 runs with Shubman Gill. Later, Gill teamed with Virat Kohli to stitch a 131-run second wicket stand and brought up his second ODI ton, before being dismissed for 116 off 97 balls. Virat took Lankan bowlers to the attack, smashing an unbeaten 166 off 110 balls, consisting of 12 fours and eight sixes.

For SL, Kasun Rajitha and Lahiru Kumara picked two wickets each while Chamika Karunaratne got one scalp.

Chasing 391, Sri Lanka could not put up a fight and a powerplay spell from Mohammed Siraj (4/32) demolished any hopes of redemption, leaving Lanka at 39/6. The visitors were dismissed for just 73 and lost the match by 317 runs.