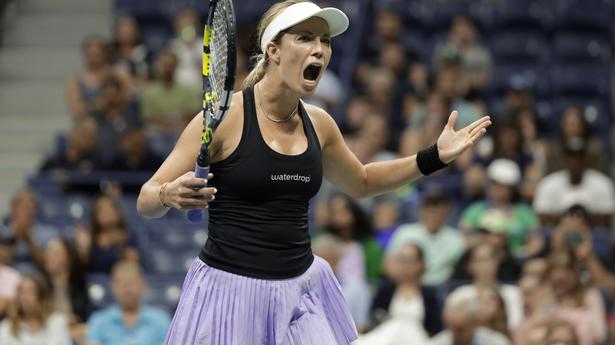 American Danielle Collins came out all guns blazing, hammering 52 winners past experienced Alize Cornet of France in a 6-4 7-6(9) victory on Saturday to book her spot in the fourth round of the U.S. Open for the first time.

In a classic contest between the contrasting styles of attack and defence, the 28-year-old Collins came out on top by firing rocket groundstrokes from both her forehand and backhand in front of an appreciative crowd in the day’s final match at the Arthur Ashe Stadium.

Collins, who finished runner-up at the Australian Open this year, will next face sixth seed Aryna Sabalenka in a battle of hardhitters for a spot in the quarter-finals.

“This is one of my favourite slams. But didn’t have my best results at this specific one,” Collins, who beat two-time former champion Naomi Osaka in her opening round, said.

“To be able to kind of have my best results that I’ve had here has been great. Obviously want to try to take it to the next level and do the best I can. With the way I’m playing, I’ve just got to take it one match at a time.”

Cornet, who was contesting her 63rd consecutive main draw at the majors and had defeated last year’s champion Emma Raducanu in her opening round, knew she had to force Collins into making errors to have any chance of a victory.

But her American opponent made few mistakes during the one hour and 53 minute contest, while managing to hit more than three times the number of winners.

A single break of Cornet’s serve in the fifth game was enough for Collins to take the opening set.

The American set up her first match point during a closely contested tiebreaker but was forced to save three set points before she could close out the match with a backhand winner at the net.

“I think if we look at Alize’s record she battles in every single match,” Collins said. “When she goes down she doesn’t go down easy. I knew I would have to follow the ball in to the net, be patient, and win points two, three, four times.”

Sabalenka spent two hours and 15 minutes on court in her previous round, during which she rallied from 5-1 down in the second set and saved two match points to beat Estonian Kaia Kanepi 2-6 7-6(8) 6-4.

It was a much easier outing on Saturday evening for the Belarusian on the final match on Grandstand court.