STUART, Fla. – More than 330,000 homes and businesses across central Florida remained without power Thursday afternoon as deadly Hurricane Nicole, downgraded to a tropical storm but still large and dangerous, slammed the region with powerful winds and heavy rain.

The storm proved deadly Thursday as two people were killed by electrocution when they touched downed power lines in the Orlando area, the Orange County Sheriff’s Office said. “Never touch a downed power line,” the sheriff’s office said in a tweet.

The rare November hurricane, which made landfall south of Vero Beach early Thursday as a Category 1 storm, was centered about 105 miles north-northwest of Tampa at 4 p.m. The National Hurricane Center warned that Nicole would bring heavy downpours, strong winds, dangerous storm surge, and flooding across a swath of the Southeast over the next couple of days.

By 10 p.m. Thursday, Nicole weakened to a tropical depression but will continue to bring heavy rains to portions of the southeastern U.S, according to the hurricane center.

“This is a life-threatening situation,” wrote Jack Beven, a senior hurricane specialist at the hurricane center, in an advisory. People in the region, he said, “should take all necessary actions to protect life and property from rising water and the potential for other dangerous conditions.”

Tornado watches were issued for parts of Florida and Georgia. St. Augustine, where the iconic Bridge of Lions spanning the Intracoastal Waterway was under siege from Nicole, was briefly under a tornado warning Thursday morning.

“The city is flooding at a rapid pace and the Bridge of Lions is closed,” the city said in a Twitter post. “There are several roads that are impassable and closed, more than the usual flooded areas.”

Home toppling into the Atlantic Ocean

Florida homes were seen toppling into the Atlantic Ocean on Thursday and Krista Dowling Goodrich, who manages 130 rental homes in Wilbur-By-The-Sea and Daytona Beach Shores, witnessed backyards collapsing into the ocean just ahead of the storm.

A row of high-rise condominiums were also threatened by Hurricane Nicole — weeks after Hurricane Ian destroyed seawalls and washed away the beach.

Officials in Volusia County, which is about 49 miles northeast of Orlando, said Thursday that building inspectors had declared 24 hotels and condos in Daytona Beach Shores and New Smyrna Beach to be unsafe and had ordered their evacuations.

At least 25 single-family homes in Wilbur-by-the-Sea had been declared structurally unsafe by building inspectors and also were evacuated, county officials said.

“Structural damage along our coastline is unprecedented. We’ve never experienced anything like this before,” county manager George Recktenwald said during a news conference Thursday.

Residents reported similar sightings across the Treasure Coast, where beaches with known turtle nests were wiped out by the storm surge and waves. After Hurricane Ian in September, hundreds of sea turtle eggs were unearthed and scattered across a beach in Fort Pierce and other Treasure Coast cities.

Some communities were breathing a sigh of relief after Nicole’s center rolled through. In Fellsmere, a town of 5,000 people 20 miles northwest of Vero Beach, police said on Facebook that all streets were open except one that was blocked by a fallen tree.

“There is no major flooding anywhere in the city and as of the time of this post no downed power lines have been observed,” police said.

Janet and Ken Comey of Satellite Beach were among the people gathered at Pelican Beach Park on Thursday morning to look at the waves during high tide. They said they fared well during the storm. The couple moved from New Hampshire to Satellite Beach three years ago.

“When we moved here, the first thing we did was put in a full-house generator,” Janet Comey said. “We’ve never had to use it.”

WHAT IS A SUBTROPICAL STORM?:What is a subtropical storm and how is it different from a tropical or extratropical system?

What is Nicole’s path?

Nicole quickly weakened into a tropical storm after making landfall south of Vero Beach — about 81 miles north of West Palm Beach — at 3 a.m. Thursday, according to the hurricane center. Maximum sustained winds were estimated to be 75 mph.

The storm weakened throughout the day and was downgraded to a tropical depression by 10 p.m., with maximum sustained winds at 35 mph. Forecasters predicted a turn toward the north later Thursday.

“Do not focus on the exact track of Nicole,” senior hurricane specialist Robbie Berg said. “It is a large storm with hazards extending well to the north of the center, outside of the forecast cone.”

The center of Nicole was still forecast to emerge over the far northeastern Gulf of Mexico later Thursday. The storm was forecast to then move across the Florida Panhandle, Georgia and the Carolinas into Friday, the National Hurricane Center said. Heavy rain could flood parts of the region with flash, urban and small stream flooding possible.

Nicole should move northward into Georgia later Thursday, and then move through the southeastern United States —  moving northward through the central Appalachians on Friday, the hurricane center said.

Warnings and watches were issued for many parts of Florida, including the southwestern Gulf coastline that was devastated by Hurricane Ian when it slammed through as a Category 4 storm on Sept. 28. Ian destroyed homes and damaged crops, including orange groves, across the state – damage that many are still dealing with.

Airports and theme parks have been shut down, and a swath of evacuations included former President Donald Trump’s Mar-a-Lago club.

“It will affect huge parts of the state of Florida all day,” Florida Gov. Ron DeSantis said.

WHAT IS THE SAFFIR-SIMPSON HURRICANE WIND SPEED SCALE? Breaking down the hurricane category scale

Observations coming in from sensors around Kennedy Space Center’s pad 39B, where the Artemis I rocket is located, appear to show peak wind gusts of up to 100 mph were recorded as Hurricane Nicole passed through.

Sensors picked up some of the most powerful readings from 3 to 5 a.m., but it remains unclear which sensors were responsible for the readings. Some, secured to lightning suppression towers that surround the NASA rocket, are located from 130 to 450 feet and could have provided readings higher than what would be experienced closer to the ground.

NASA previously said the Space Launch System rocket designated to fly the Artemis I mission to the moon could handle 85-mph winds at the 60-foot level. Agency officials are working with weather experts across a range of agencies, including the Space Force, to analyze the storm and the accuracy of data.

Nicole is only the third November hurricane to hit Florida since recordkeeping began in 1853. The previous ones were the 1935 “Yankee” Hurricane and Hurricane Kate in 1985.

DeSantis: Nicole ‘not as significant a storm as Hurricane Ian was’

DeSantis said Thursday that Hurricane Nicole didn’t pack the same punch as Ian earlier this year, but Florida officials stand ready to clean up whatever mess Nicole leaves behind.

“This is obviously not as significant a storm as Hurricane Ian was,” DeSantis said, before noting that beach erosion is a problem in some areas.

Storm surge has impacted some structures along the coast near where Nicole made landfall south of Vero Beach, especially in Volusia County.

Nicole also is causing flash flooding in some areas, and about 3% of the state is without power, DeSantis said.

“Impacts have been basically what’s been expected,” the governor added.

DeSantis said 17,000 utility workers are on standby waiting for the storm to pass so they can restore electricity. The state also mobilized 600 National Guardsmen to help with recovery, and 250 crews from the Florida Department of Transportation to inspect and clear roadways and bridges.

“We’re ready and we have resources to respond to whatever post-storm needs may arise,” DeSantis said.

When did Nicole first make landfall?

As a tropical storm, Nicole made its first landfall at 11:55 a.m. Wednesday on Great Abaco Island in the northwestern Bahamas. The storm was reported to have maximum sustained winds at 70 mph.

Officials in the Bahamas said that more than 860 people were in more than two dozen shelters. Extensive flooding, downed trees and power lines, and water outages were reported in the archipelago’s northwest region.

Nicole strengthened to a Category 1 hurricane on Wednesday and struck Florida with sustained winds of 75 mph, the first hurricane to make landfall so late in the year on the east coast of Florida.

Where did residents evacuate?

In Florida, the St. Lucie County Sheriff’s Office said in a tweet that storm surge from Nicole breached the sea wall along Indian River Drive, which runs parallel to the Atlantic Ocean. The Martin County Sheriff’s office also said seawater had breached part of a road on Hutchinson Island.

Several other communities on Florida’s east coast were urged or ordered to evacuate.  DeSantis announced that 15 shelters were being opened along the state’s coast. He said the Florida National Guard has activated 600 guardsmen, in addition to seven urban search and rescue teams on standby.

All 67 Florida counties, along with the Miccosukee Tribe and Seminole Tribe, were under a state of emergency. President Joe Biden also approved an emergency declaration for the Seminole Tribe, ordering federal help for the tribal nation. Many Seminoles live on six reservations around the state.

Sheriff’s officials are investigating what they believe is an ancient Native American burial ground that waves from Hurricane Nicole unearthed on a beach in Stuart, Florida.

Dakota Brady, 30, of Stuart, was walking with friends near Chastain Beach when they saw the human remains. Investigators found six human skulls.

This isn’t the first time a hurricane unearthed Native American human remains near this beach. In 2012, Hurricane Sandy caused beach erosion that unearthed ancient Native American Bones that were first exposed by hurricanes Frances and Jeanne in 2004, according to TCPalm archives.

Officials back then said the remains were reburied with a proper ceremony.

IS CLIMATE CHANGE FUELING MASSIVE HURRICANES IN THE ATLANTIC?:Here’s what science says.

What states will feel the effects of Nicole?

Nicole is expected to affect most of Florida and portions of the southeast region of the U.S. Nicole’s center is forecast to move across central and northern Florida into southern Georgia on Thursday night then into the Carolinas on Friday.

Forecasters predicted tornadoes Wednesday night through Thursday across eastern Florida, southeast Georgia and southern South Carolina. Heavy rainfall is the main concern, and Nicole could trigger dangerous storm surge of up to 5 feet in areas along the Florida and Georgia coasts.

IT CAN BE A DEADLY MISTAKE:Many people misunderstand this famous hurricane forecast graphic.

Will Greenlee reported from Stuart, Florida 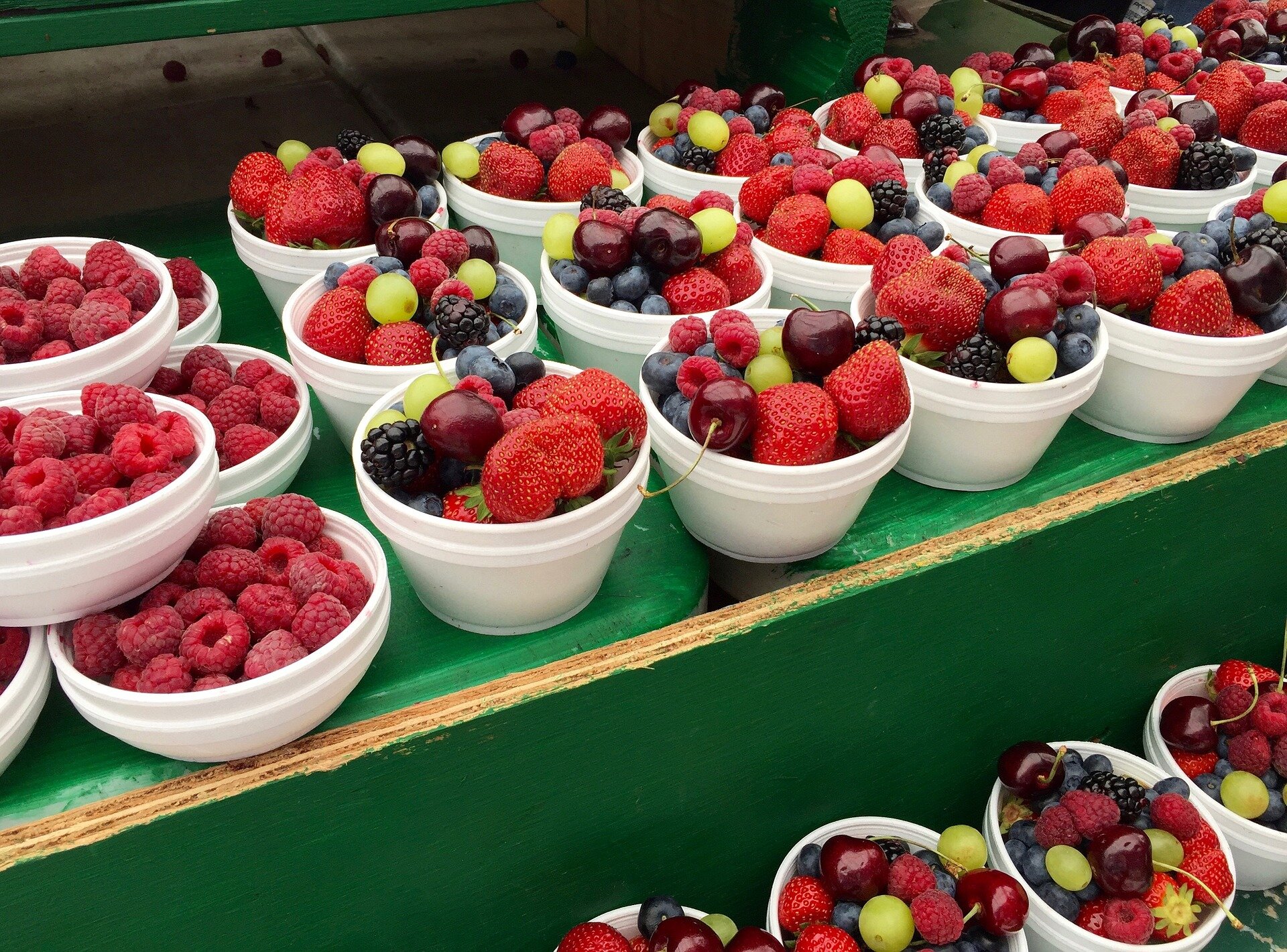