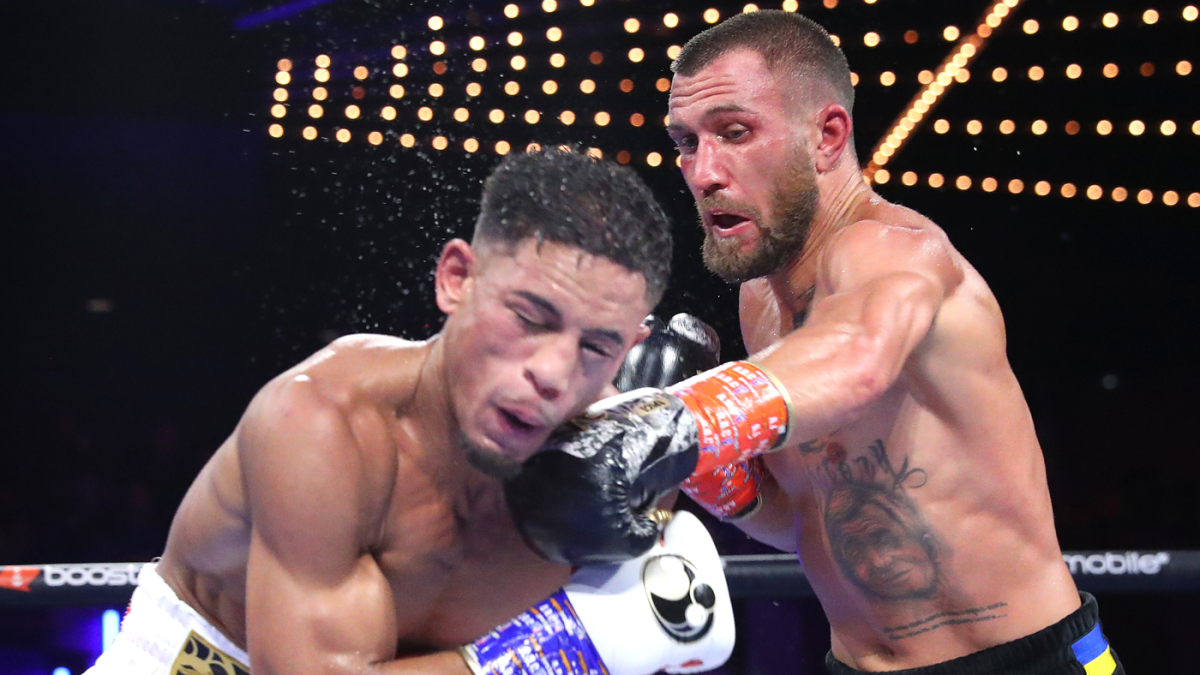 After nearly a year out of action that saw him take up arms in defense of his native Ukraine, Vasiliy Lomachenko returned to the ring on Saturday night. It was not easy, but Lomachenko managed to withstand a gutsy challenge from Jamaine Ortiz to potentially earn a shot at Devin Haney and the undisputed lightweight championship.

Ortiz entered the fight as a massive underdog but came out strong, taking advantage of Lomachenko’s tendency to start fights slowly. At the point where Lomachenko normally starts to amp up his offensive production, Ortiz still largely controlled the pace of the fight, keeping Lomachenko from fully getting comfortable.

Ortiz’s solid gameplan, one that may have been informed by weeks spent as Lomachenko’s sparring partner in the past, showed up in the punch stats where Lomachenko landed power punches at a far lower clip and was hit more often than throughout his storied career.

However, Ortiz’s high-output throughout the fight compromised him in the late rounds as Lomachenko was able to take the fight over late as Ortiz appeared to fatigue. In addition, several hard right hands from Lomachenko left Ortiz’s left eye swollen.

The win was the third straight for Lomachenko after losing a fight for three world titles to Teofimo Lopez Jr. in October 2020.

It was expected that a win would position Lomachenko to battle Haney for all four world titles. Haney was in attendance for the fight and both men were in the ring following the bout, with Lomachenko again saying he would agree to any terms to land the fight.

“Look, I’m ready,” Lomachenko said. “I told you before I’m ready for any option.”

Haney, who went to Australia to win the belts from George Kambosos and then had to return to Australia for the rematch, has repeatedly said that he would only take fights that he felt made sense at the negotiating table.

“That’s what I like to hear,” Haney said. “I took the risk and went over to Australia twice. … We’ll see how it goes in the negotiating.”