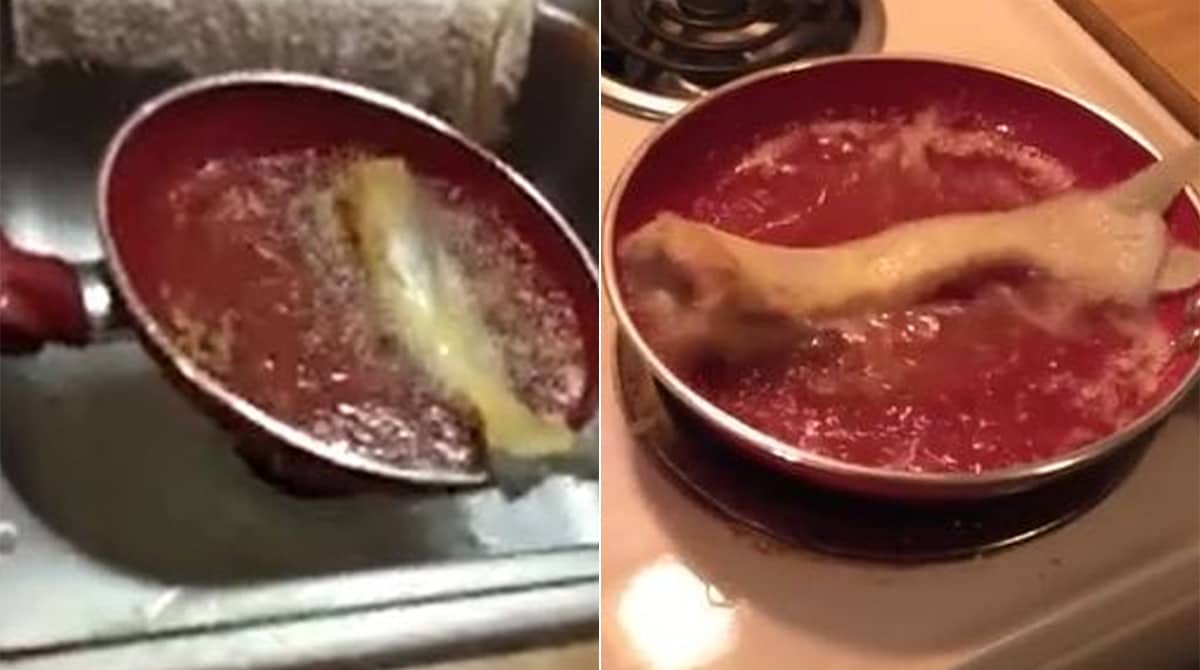 The internet is a source of much amusement and entertainment for its users. We often encounter some of the most interesting videos on our daily scrolls through our social media feeds. However, sometimes these videos leave us stunned beyond our expectations or imagination! Recently, one such video has stunned the internet. In a clip shared on Reddit, a fish came to life on being put in hot oil. Yes, believe it or not, this bizarre moment happened and it was actually captured on camera. The shocking video of the incident has gone viral and grabbed plenty of eyeballs online. Take a look at the full clip here.

The clip was posted by Reddit user u/Inside_Ad1436 on the sub-Reddit r/Damnthatsinteresting. It has received 4.6k upvotes in less than 24 hours, and the numbers are only increasing. In the video, we saw a whole fish being added to a pan of hot oil. For a couple of seconds, the fish stayed still but soon it started to twist and turn in the pan as if it came to life. The writhing, squirming fish got the oil splattering about the pan and made for quite a shocking moment. The person in the video then carried the pan to the sink to wait for it to calm down. “When the fish does not accept death,” read the caption by the original Reddit user.

A number of Reddit users shared their reactions to the video. People were quite shocked and horrified to see the fish come to life. “That’s absolutely horrendous,” wrote one user while another said, “I got scared when they walked towards the tap with all that hot oil.” Meanwhile, a couple of other users did not seem perturbed to watch the fish coming to life and said that it was merely a scientific reaction to the salt and the oil. “The salt activates the still fresh nerves to fire the action potentially causing muscle spasms. Part of the reason salts are so important for your body, your nerves need them to fire signals,” explained one user.

Take a look at the reactions by Reddit users:

What did you think of the fish coming to life in hot oil? Did you feel shocked or did you think it was just a regular moment? Tell us your thoughts in the comments below.