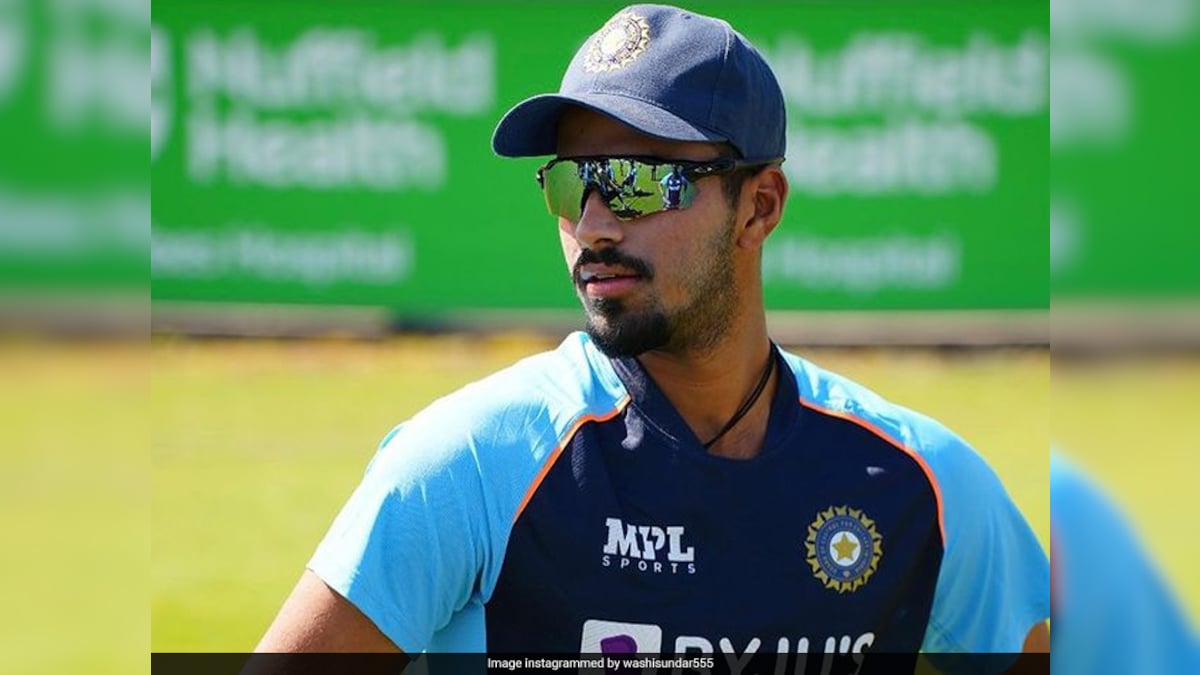 All-rounder Washington Sundar’s return to international cricket will be further delayed as a left shoulder injury sustained during a 50-over game for his county side Lancashire has now ruled him out of three-match ODI series against Zimbabwe starting August 18.

“Yes, Washington Sundar is ruled out of the Zimbabwe series. He has suffered an injury on his left shoulder while fielding during Royal London Cup game between Lancashire and Worcestershire at Old Trafford. He will have to undergo rehabilitation at the National Cricket Academy,” a senior BCCI source told PTI on conditions of anonymity.

It has been a rough last 12 months for the talented spin bowling all rounder from Tamil Nadu, who has missed one series after another due to various types of injuries as well as Covid 19 related issue.

“You feel for Washi. Such a talented guy. Somehow or the other, the rub of the green isn’t going his way. He needs some luck. The latest injury is a freak one as he was just about to play for India in a week,” another official privy to the development said.

Washington’s saga of never ending injuries started back in July, 2021 when he had a fractured finger while batting for Combined Counties against Indian team in a warm-up game.

He played for county side so that India could test all its players before start of the series.

That injury led to him missing the entire domestic season and then before white ball series in South Africa in January 2022, he was down with Covid19.

In February-March, he missed the twin white ball home series against West Indies and Sri Lanka because of hamstring injury.

During IPL in April-May, he split his webbing and missed out on five games for Sunrisers Hyderabad.

After an extensive rehabilitation, the BCCI played a role in getting him a county deal with Lancashire and he also had a five wicket haul in a days’ game for the ‘Roses’.