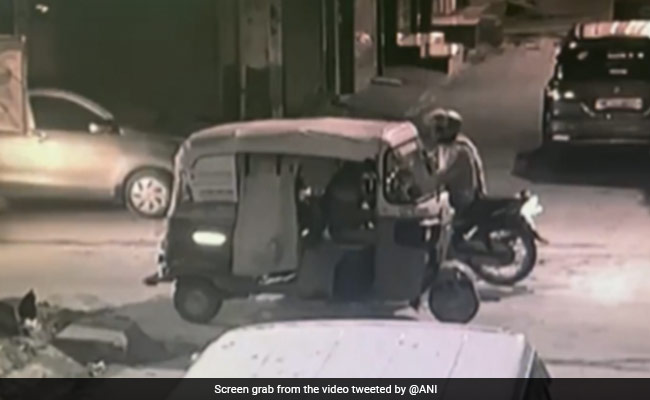 A probe is underway.

New Delhi: A man in Haryana was caught on video hitting a woman with his helmet after she refused to ride with him on his bike, police said. The woman was severely injured and immediately rushed to a hospital.

#WATCH | Haryana: CCTV footage of a man named Kamal hitting a woman with his helmet after she refused to ride on his bike. pic.twitter.com/Az3MWRKKWo

“A man named Kamal beat up a woman living in the neighbourhood with a helmet after she refused to ride with him on his bike,” ACP Manoj K, Gurugram told news agency ANI.

CCTV footage of the incident shows a man on a bike stop next to an auto rickshaw out of which a woman emerges. After a brief interaction, the man hits the woman with his helmet.

The woman retaliates with her handbag when the auto rickshaw driver intervenes. A few more people rush to the scene and push the accused, Kamal, away from the woman.

ACP Manoj K said that an FIR has been filed under various sections of IPC and a probe is underway.

This comes days after a woman in Haryana’s Yamunanagar, reportedly, narrowly escaped a kidnapping attempt. The entire incident was also recorded on a nearby installed CCTV camera. The four men reportedly gave up their kidnapping attempt and ran away after the lady screamed and fought back.