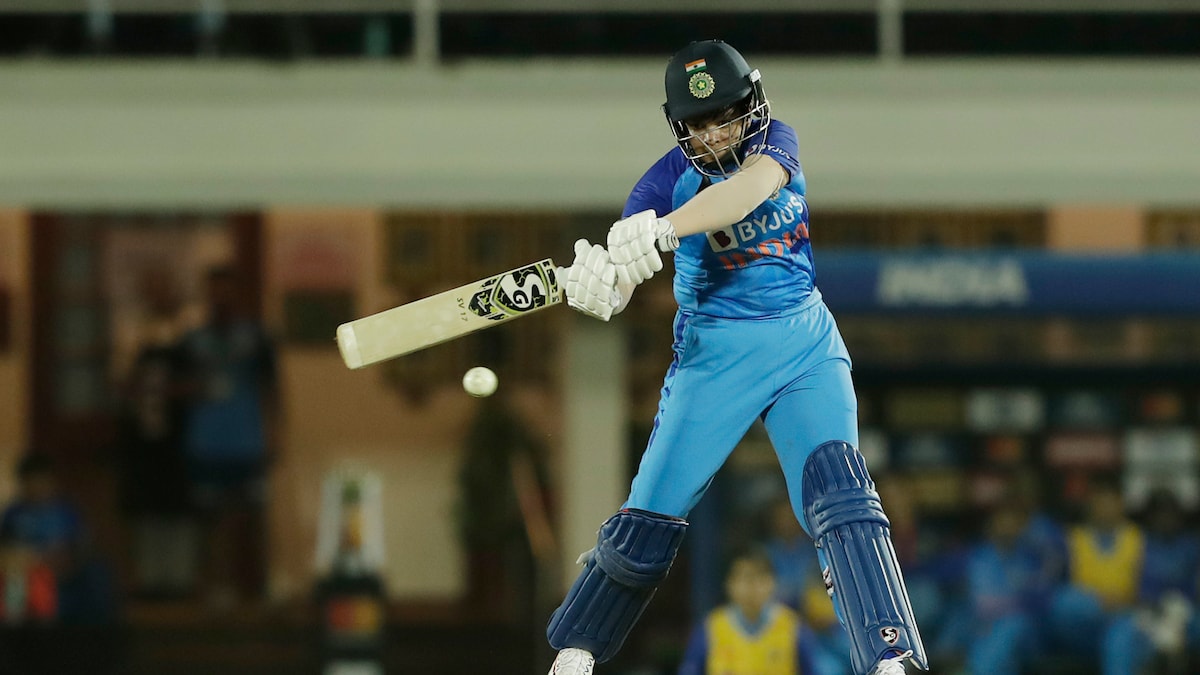 Skipper Shafali Verma cracked a blistering 78 while opener Shweta Sehrawat sparkled with an unbeaten 74 as India outplayed UAE by 122 runs in the inaugural Women’s U-19 T20 World Cup at Benoni, South Africa on Monday. Shafali (78 off 34 balls) was at her destructive best and joined forced with an equally belligerent Sehrawat (74 not out off 49 deliveries) before Richa Ghosh smacked a 29-ball 49 to help India post an imposing 219 for three at Willowmoore Park. The Indian bowlers then restricted UAE to 97 for five, the result showing the gulf between the two sides.

With the win, India have consolidated their top spot in Group D.

Invited to bat, Shafali, who has already played over 70 international matches for the senior team, including 51 T20Is, and Sehrawat, stitched a 111-run stand for the first wicket.

Sehrawat made her intentions clear from the first over, and after playing two dots, she smacked three boundaries to plunder 12 runs.

Shafali followed suit in the next over as she also hit three fours. The 18-year-old got the first maximum of the Indian innings in the fifth over.

Shafali was the aggressor in the partnership as she toyed with the opposition, hitting boundaries at will. She brought up her fifty in style with a four.

The UAE bowlers seemed clueless as Shafali sent the ball to the fence 12 times and over it four times in her fiery 34-ball innings. After hitting three sixes and a four in a span of five balls, Shafali’s blazing knock came to an end as she was caught at long-off.

Sehrawat, who remained unbeaten on 92 in the previous game, played the role of sheet anchor to perfection. She brought up her second successive half-century and looked in complete control.

Misfields and dropped catches only compounded UAE’s woes as they gave as many as four reprieves to Richa, who was promoted to number three.

Chasing a 200-plus target, UAE openers looked up to the challenge as Theertha Satish found the boundary four times in the first over.

However, the charge was shortlived as Shabnam MD dismissed her in the fifth ball. Fellow opener Lavanya Keny scored a painstakingly slow 54-ball 24 but UAE never seemed in contention.