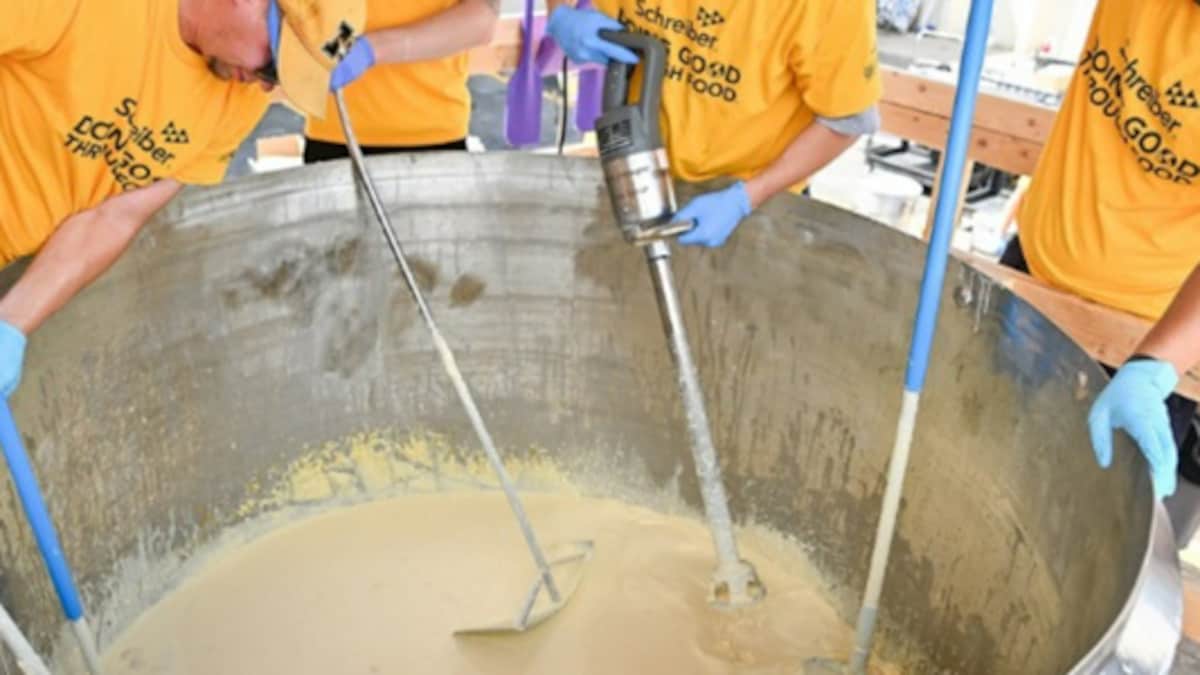 Macaroni and Cheese, popularly known as Mac-N-Cheese, is a creamy and rich pasta dish that defines comfort in each bite. Boiled macaroni is cooked in cheese sauce and topped with bread crumbs and some more cheese. You can also add a variety of ingredients to it such as meat or veggies. A humble bowl of mac-n-cheese never fails to disappoint! Recently, a US-based cheesemaker company named Schreiber Foods Inc. broke a Guinness World Record for preparing the world’s largest macaroni and cheese dish ever.

The super-dish weighed a whopping 2,151 kilograms and set a new world record. The American food company made this dish with the help of its employees in Logan, Utah, to commemorate the 50th anniversary of the manufacturing plant. It took them a total of three hours and twenty-six minutes to prepare the dish, which included 928.5 kg of cooked macaroni,  478.53 kg of cheese, 543.85 kg of whole milk and 72.57 kg of butter, according to the Guinness World Record website.

After making the dish, the company distributed it to more than two thousand people that were present on site. In addition, Schreiber Foods collaborated with a local food pantry to donate any remaining food. The event was overseen by the official adjudicator from Guinness World Records, Brittany Dunn. She was accompanied by an environmental health scientist and regulator in the food industry from the Department of Agriculture and Food, State of Utah, who kept a check on food safety measures.

The company beat Cabot Creamery Cooperative and Chef John Folse & Company, both in the USA, who held the world record before them. They prepared 1,119.91 kg of macaroni and cheese on September 23, 2010, in Fulton Square, New Orleans.