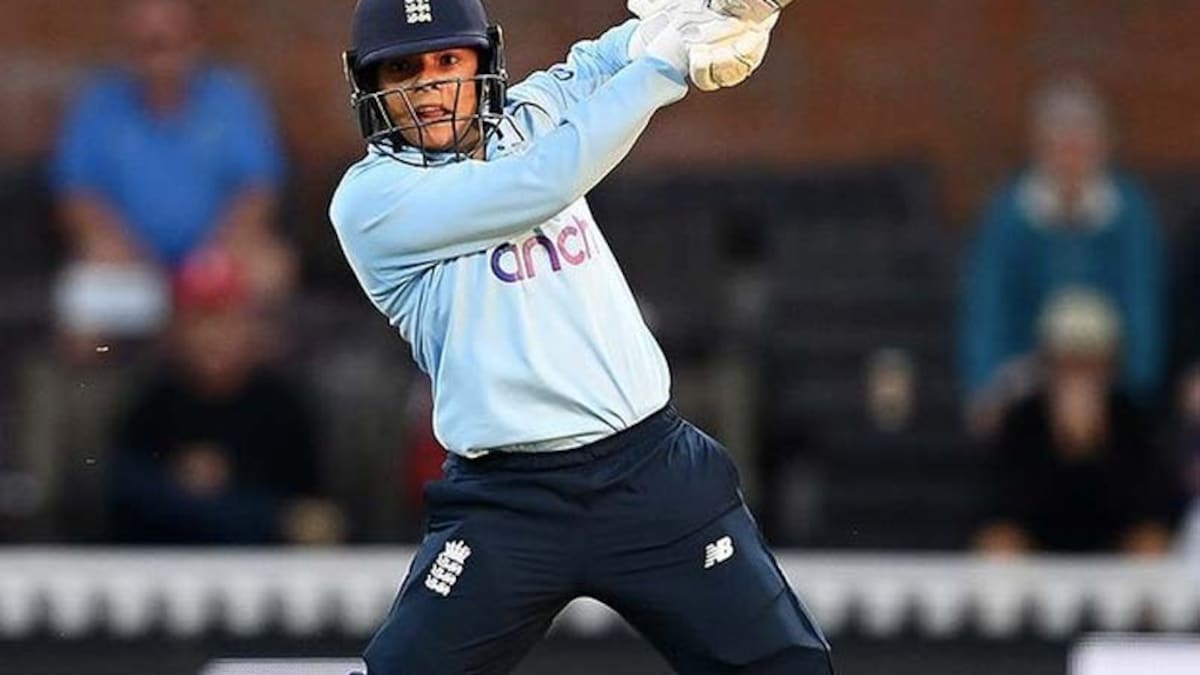 England all-rounder Sophia Dunkley wants more Test matches in the women’s game, saying that the three matches that she has been a part of since her debut in the longest format have all been exciting, despite rain hampering the chances of a result on a few occasions. Dunkley, in an exclusive chat with NDTV, said the kind of cricket on display in women’s Tests recently shows how far the game has come and also batted for women’s Tests to be increased to five days instead of four.

“I think I would love to see more women’s Tests because the ones I’ve played in, they’ve all been really exciting. They’ve not all had results but I think there have been really great bits of cricket in there, some really fun sessions,” Dunkley told NDTV.

“To be fair, a lot of them have been affected by rain so potentially you might have had a result,” she added.

“But I think it just shows how far the women’s game has come and that we can put on a show and entertain. So yeah it would be great to see some more Test matches in the future,” said the 24-year-old.

“I think five days just gives a better chance for a result. When you’ve got things like rain and stuff that you can’t control, it’s quite frustrating to play really hard for four days and not get that result,” Dunkley said.

“So yeah I think five days would be amazing to the game and I’m sure it would create some exciting Test matches.”

Dunkley played a big role in England’s recent 2-1 win over India in the T20I series. She scored an unbeaten 61 in the first match and then 49 in the series decider.

“We spoke about few of the different plans the Indian bowlers might have. Deepti Sharma is a very clever bowler, bowls well in the Powerplay. And Renuka bowled very well as well. So yeah, every game we learned a little bit more and put up some good plans into place,” she said about how England countered India’s bowlers.

“Obviously, India are very skilled with their spin attack vas well, and how we combat that, I think we did that quite well. Pretty happy how we went about it.”

“I think sometimes in England, batting second, when the dew comes on it skids on a little bit nicer so it can be nicer to chase. But I think in all three games the dominant side probably got the win,” she said.

“In the second game, we didn’t play our best and India took advantage of that and came out and played really well. But I think against a team like India, you got to be on it from ball 1. So yeah we did pretty well to come back last game and I just think the best side on the day won really,” she asserted.

And what of the BCCI’s proposed women’s IPL, which may start as soon as next year?

“Very excited. It would be a great, great opportunity for the women’s game and give it a great platform,” Dunkley said.

“If you obviously see the men’s IPL and how successful that has been and how much followed it is around the world, so I think to have that for the women would be amazing and a very exciting time.”

Dunkley is currently in action for England in the three-match ODI series against India, which is being broadcast by the Sony Sports Network in India.