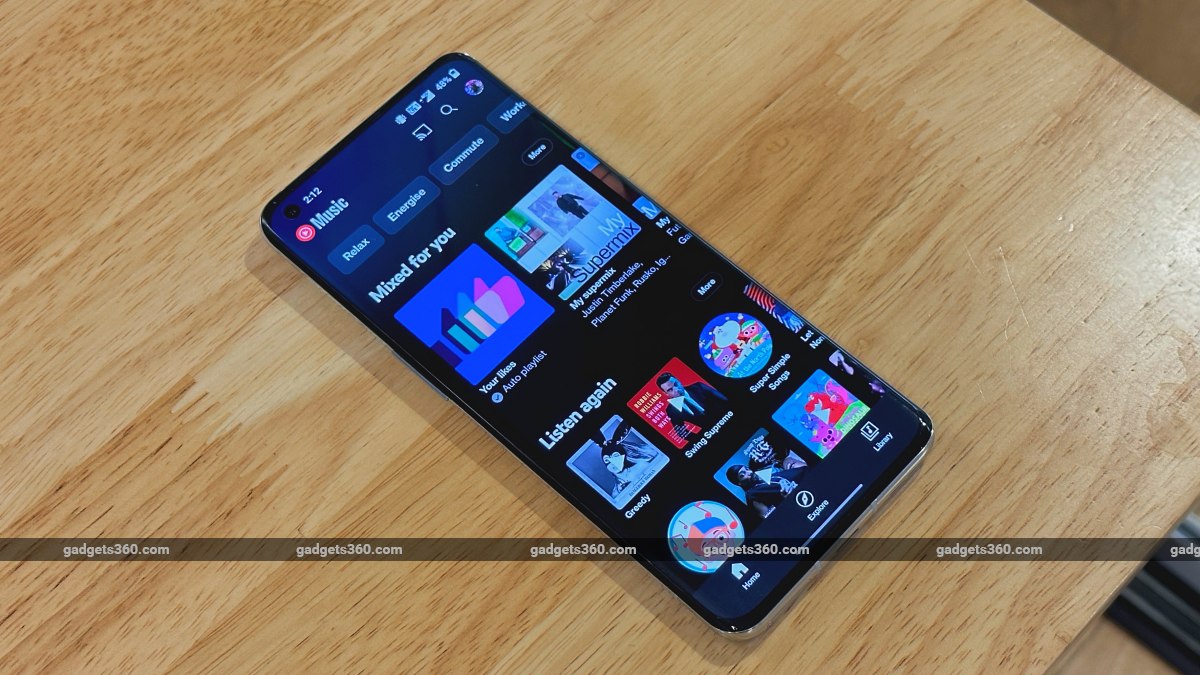 YouTube Music has been updated with a redesigned library interface on Android and iOS devices, giving users immediate access to playlists, songs, albums, and other parts of the app. The new UI has also removed the Recent activity tab and category list. In what is certainly one of the most important updates to the app in several years, important parts of the interface will now be easily accessible to users.

According to a report by 9to5Google, the new YouTube Music Library UI redesign is rolling out with a few tweaks on both Android and iOS versions of the app. After updating to the latest version, the library tab will feature a drop-down menu at the top enabling users to quickly switch among four different options: Library, Downloads, Uploads, and Device files. Meanwhile, the buttons for History, Cast, Search, and Account are available on the right of the Library tab at the top.

Users can also apply a filter while searching for content through a row of chips for Playlists, Songs, Albums, and Artists. Upon tapping any of the first three options, a new Downloaded filter will appear while Artists will show up with an option to subscribe, as per the report.

In addition to these, the newly redesigned YT Music Library has brought a dropdown menu allowing users to sort by Recent activity, Recently added, and Recently played, as well as A to Z or Z to A to filter. Moreover, the default FAB will allow you to add a New playlist and there is also a “Shuffle all” option.

Last month, YouTube Music reportedly began testing a new feature enabling users to create a custom radio list. The ‘Create a Radio’ feature is eventually expected to roll out for users in a stable version. The app will provide several artist choices for the users to make a selection, similar to the initial YouTube Music setup. The app will allow users to lock their “Song Selection” from the three given options — Familiar, Blend, and Discover. Then they will be required to select a number of filters like Popular, Deep cuts, New releases, Pump-up, Chill, Upbeat, Downbeat, and Focus. Once done, the customised YouTube Music radio playlist will be ready to access.